“Top Gun: Maverick” is finally here (for real this time).

The supersonic sequel, directed by Joseph Kosinski and once again starring Tom Cruise in the lead role as Navy pilot Pete “Maverick” Mitchell, has occupied a handful of release dates since 2020 (it has been delayed numerous times due to the coronavirus and continued fears about the viability of the theatrical moviegoing experience). But it’s finally now playing exclusively in theaters.

Cruise’s original “Top Gun” was released a whopping 36 years ago and if you haven’t gone back to re-watch the aerial adventure recently (it’s currently streaming on Paramount+ and Netflix and recently played on CBS as their Saturday Night Movie), you might be a little fuzzy on the “Top Gun” particulars.

Have no fear, we are here to supply you with all the specifics. None of these are spoilers, just think of them as things that you should probably remember before seeing the new movie. Like a “previously on ‘Top Gun’” reel. And while we would remind everyone what Top Gun is, there’s a handy text screen that explains it right when the movie begins. “Top Gun: Maverick” has you covered.

Maverick Is a Hotshot Who Constantly Pushes the Limits

Grass is green, the sky is blue and Maverick is a hotshot. This is an immutable fact.

Pete “Maverick” Mitchell is indisputably talented, a true dynamo in the cockpit. But he’s also arrogant, cocksure and occasionally quite dangerous. One of his superiors, Captain Jordan aka Stinger, played by “Back to the Future” actor James Tolkan (who was actually in the Navy!) tells Maverick, “Your ego is writing checks your body can’t cash.” His chief rival in the program, Tom “Iceman” Kazansky (Van Kilmer) tells him, “Maverick, it’s not your flying, it’s your attitude. The enemy’s dangerous, but right now you’re worse. Dangerous and foolish. You may not like who’s flying with you, but whose side are you on?” (More on this rivalry later.) Maverick buzzes the tower, pushes the limits and occasionally it really gets him into trouble. In 36 years, this hasn’t changed.

One subplot that is often overlooked from the first “Top Gun” (and rarely discussed) is how Maverick is one of the 1980s lost sons; his father Duke Mitchell was flying on a particularly dangerous mission during Vietnam and disappeared and is presumed dead. It’s implied that because of the circumstances of Duke’s death, Maverick was denied admission to the U.S. Naval Academy. Maverick got in, now with a chip on his shoulder. Since Pete never really knew what happened to his father, he has been searching for someone to fill that void, while also going into his father’s profession. He wants to be his father and to find someone to replace him.

In the original “Top Gun” that replacement is one of his instructors, Commander Viper (played by Tom Skerritt). During the course of the movie, Viper says that he was there the day that Duke’s plane went down. He shares some classified information with the young recruit, telling Maverick that his father died a hero.

But could Maverick be the surrogate father to another boy who lost his dad?

Maverick Had an Affair with an Admiral’s Daughter

There are a number of references in the original “Top Gun” to a character named Penny Benjamin. Stinger yells that Maverick has “a history of high-speed passes over five air control towers and one admiral’s daughter!” Maverick’s BFF Goose (Anthony Edwards) cheerfully reminds Maverick that Stinger is talking about Penny Benjamin. Later, when Goose’s wife Carole (played by an adorable Meg Ryan) comes to visit them, she asks Maverick about Penny Benjamin. It is implied that not only was Maverick hot-rodding around with a superior’s daughter but that she was a love of his life that he let slip through his fingers.

In “Top Gun: Maverick,” we meet Penny Benjamin, who now owns a pilot bar called The Hard Deck (obviously). And she’s played by Jennifer Connelly. And that’s all we’ll say about that. 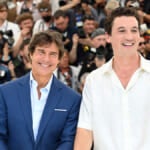 Radio Intercept Officer Goose is Maverick’s BFF and always stationed in Maverick’s jet. After some typical Maverick hotshot behavior (see above), Goose and Maverick’s plane suffers engine flameout and they are forced to eject from the plane. Maverick does safely but upon ejection, Goose hits the canopy of cockpit headfirst, and tumbles into the ocean, dead. Maverick swims to his friend, crying out for help, consumed by the tragedy. This haunts Maverick for the rest of the movie and, we assume, for the rest of his life. Is that tragedy enough for Maverick to refine his ways? Or is he still the brash, go-for-broke talent from the beginning of the first film?

Coming into the sequel, Maverick is clearly still torn up about it. And his feelings become even more complicated when he learns that one of the new recruits he’s being forced to train is none other than Rooster (Miles Teller), Goose’s son and a recent Top Gun graduate. (His son is seen in the first movie as a young boy. Dancing and singing along as his father played “Great Balls of Fire” on the piano.) Awkward.

Maverick and Iceman Were Bitter Rivals

Maverick and Iceman were bitter rivals in the Top Gun program, always pushing each other’s buttons. Maverick thought that Iceman was too by-the-book; Iceman thought Maverick was showy and foolhardy (see above). But by the end of the movie, after they’d actually seen combat, they came to an understanding. In one of the movie’s most quotable exchanges, Iceman tells Maverick, “You can be my wingman any time.” To which Maverick retorts, “Bulls–t! You can be mine.” For a movie that often gets lambasted for its overtly “macho” tone, it’s a moment of grace, understanding and personal growth.

By the time “Top Gun: Maverick” starts, Iceman has become a decorated and deeply respected admiral and the commander of the U.S. Pacific Fleet. It’s implied that he’s bailed Maverick out on more than one occasion. But sooner or later, everybody’s luck runs out. (And yes, despite his recent health crises, documented beautifully in last year’s “Val,” he is very much in this movie. He’s not just referenced off-screen.) And that’s all you should know. 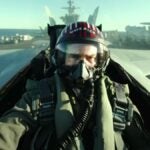