A year after Ben Affleck‘s “Argo” premiered at the Toronto International Film Festival in a triumphant early stop on a road that would lead it to the stage of the Academy Awards, TIFF has taken the opportunity to point out that Affleck didn’t really get the story right.

Drew Taylor’s and Larry Weinstein’s film “Our Man in Tehran,” which premiered on Thursday followed by a conversation with the former Canadian ambassador to Iran, Ken Taylor, and former prime minister Joe Clark, never actually mentions “Argo” or Affleck by name.

But as a documentary about the Canadian-assisted rescue mission that smuggled six Americans out of Iran during the hostage crisis of 1979-80 by disguising them as a movie crew scouting locations for a sci-fi thriller called “Argo,” it is inescapably a response to Affleck’s film, which drew some criticism after its TIFF debut for underplaying the Canadian contribution to the rescue.

“We made a conscious effort not to mention ‘Argo,'” co-director Weinstein told TheWrap on Thursday. “We thought, this film is about the real event. This is a more objective portrayal.

“If you make a film about the Jews leaving Egypt under Moses, you don’t necessarily have to mention ‘The 10 Commandments’ with Charlton Heston. We just didn’t feel the need.”

But if “Our Man in Tehran” never specifically mentions “Argo,” it certainly does so between the lines. “People were in real danger,” says an embassy worker early in the film. “This wasn’t a movie, this was real life.”

And the program notes on the festival website don’t try to avoid the subject. The first sentence says the film “chronicles the true story behind ‘Argo’s’ Hollywood embellishments,” and a later passage says “Our Man in Tehran” is “separating the historical facts from the liberties taken in ‘Argo.'”

Those liberties definitely include the omission of the role played by the embassy’s first secretary, John Sheardown, and his wife, who housed four of the six Americans for most of the time they were in hiding. The Sheardowns are featured prominently in “Our Man in Tehran.”

And the liberties definitely lengthy airport scene that makes up the climax of “Argo.” In Affleck’s movie, the scene involves suspicious Revolutionary Guards who pull the Americans into a back room and grill them about their fake identities, as well as a frantic chase as guards break down barricades and chase the plane down the runway.

But when the airport escape is detailed in “Our Man in Tehran,” the biggest cliffhanger comes when a guard takes the forged papers into a back room … where he takes a tea break for a few minutes, before returning and waving the Americans through.

Another priceless moment comes when Taylor pulls apart the idea that came from CIA operative Tony Mendez (played by Affleck), which was to have the Americans pose as Hollywood filmmakers scouting for locations.

“The Canadians all thought the idea was too complicated,” Taylor says, pointing out that since the Americans were using phony Canadian passports to escape, why did they have to be a Hollywood film crew making a sci-fi movie called “Argo?” Why not a Canadian documentary crew wanting to film the true story of the Iranian revolution? 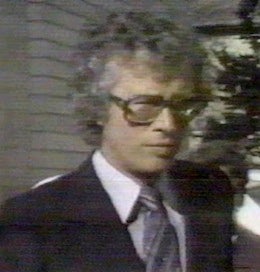 “They loved it, and they got caught up in themselves,” Taylor says of the more elaborate cover story. “That’s the CIA, and that’s Hollywood.”

Weinstein said he was worried that the former ambassador (left, in the 1980s), whose career relied on diplomacy, wouldn’t be comfortable to be seen criticizing the CIA onscreen – but instead, Taylor embraced the idea of telling the truth about the mission a year after he was the focus of some controversy surrounding last year’s “Argo” premiere at TIFF.

When Affleck’s movie premiered to a standing ovation, Taylor was not present, though Affleck paid tribute to him and to the Canadian efforts to aid the CIA’s rescue of the hostages.

But some friends of the ambassador took exception to an end-title card that contrasted the 112 awards won by Taylor for the rescue with the gag policy put on Mendez, who could not admit his role for decades. 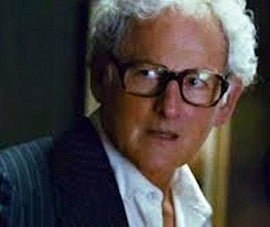 At Taylor’s request, Affleck changed the card to call the operation “a model of international cooperation.”

And later, when he heard from Taylor (played in “Argo” by Victor Garber, right) that “Our Man in Tehran” was in production, Affleck offered his services.

“There had been some kind of misunderstanding between Ken Taylor and Ben Affleck, and Ben was very generous and said he would be happy to narrate the movie,” said Weinstein. “As a filmmaker who really shuns narration, I didn’t want that. I said, ‘Let’s not have narration. Let’s have a chorus of voices tell the story.’

“And also, this film is in some ways a reaction against the ‘Argo’ way of making a film. So why have that association in the first place?”

He laughed. “We may be shooting ourselves in the foot to not have him in the movie, but it didn’t seem to make sense.”

Instead of Affleck, the voices in the film belong to Taylor and his wife, to Mendez, to Clark and to a number of others, including former CIA agent William Daugherty, who was held hostage in Iran (and who spoke to TheWrap about his experiences last year).

“Too often in America these days,” Daugherty says at the end of the film, “The hero is the guy who bats .396 or the movie star who makes $20 million in one movie. People lose sight of what a hero really is.”