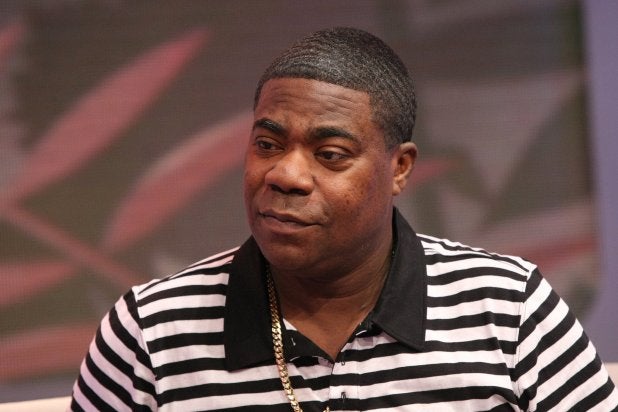 Tracy Morgan has filed suit against Wal-Mart, as the owner of the truck that allegedly struck Morgan’s limousine on June 7. Morgan and several other passengers suffered severe injuries in the crash and were hospitalized, while one other person was killed.

The civil suit, filed Thursday in the U.S. District Court of New Jersey, alleges that “Wal-Mart was careless and negligent in the ownership and operation of its motor vehicle.”

It goes on to allege that the company “knew or should have known” that driver Kevin Roper had been awake “for more than 24 consecutive hours” ahead of the accident, violating Federal Motor Carrier Safety Administration regulations. According to the suit, Roper had fallen asleep at the wheel before the crash.

The suit further alleges that Wal-Mart “had a custom and practice of recklessly and intentionally allowing its drivers to drive for prolonged and unreasonable periods of time.” It cited Roper’s 700-mile commute from his Georgia home to the Wal-Mart distribution center in Deleware as an example, as this commute “was not factored into the F.M.S.C.A. Regulations.” According to the suit, there are distribution centers closer to Roper’s home he could have been working out of.

According to a National Transportation Safety Board report, Roper was going 65 mph in a 45 mph construction zone just before the crash. Roper has plead not guilty to death by auto and assault by auto charges.

As a result of the accident, the court document states, “Mr. Morgan was caused to sustain severe painful bodily injuries, including but not limited to multiple fractures which required multiple surgeries, extensive medical treatment, and will require significant physical rehabilitation.”

The suit detailed similar injuries and treatments for co-plaintiffs Ardley Fuqua, Jr. and Jeffrey Millea. Millea’s wife, Krista Millea, is also listed as a co-plaintiff, alleging “loss of society and consortium,” due to the injuries her husband sustained.

Morgan, and co-plaintiffs Ardley Fuqua Jr., Jeffrey Millea and Krista Millea are represented by Morelli Alters Ratner, LLP. They are seeking a jury trial, compensatory and punitive damages, and attorney’s fees, as well as “any and all such further relief as this Court deems just and proper.”