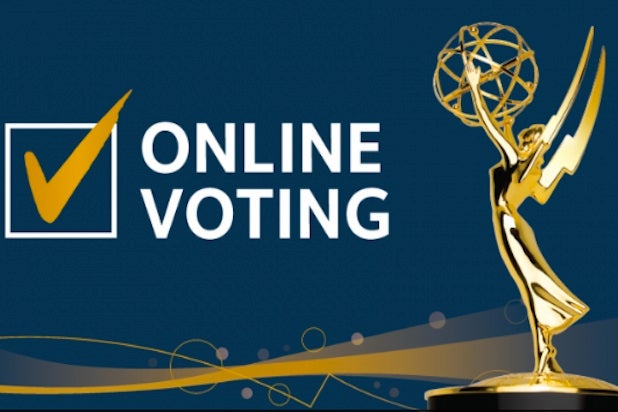 Online voting has arrived for another entertainment-industry awards.

And with it, just maybe, comes the opportunity to make the Primetime Emmy Awards a little less predictable.

Two and a half years after the Academy of Motion Picture Arts & Sciences had its occasionally rocky rollout of online voting for the Oscars, the Television Academy is hoping for a smoother transition. Beginning at 9 a.m. Pacific Time on Monday, the approximately 16,500 voting members of the Academy will be able to go online to cast ballots in most of the Primetime Emmys’ 104 categories.

But have no fear, paper-lovers: Voters who enjoyed cross-referencing their lists of eligible contenders with their Emmy-issued scantron sheets will be able to do things the old-fashioned way, too.

Also read: Daytime Emmys Won’t Be Televised, Will Be Livestreamed Only

The introduction of online voting is designed to increase the number of voters, according to the Academy’s senior vice president of awards, John Leverence. “We felt it would be much more user-friendly,” Leverence told TheWrap. “And we have found out in the past that when we make it more user-friendly, we have more participation.”

The TV Academy will use the same firm that has handled Oscar voting for the past two years, Everyone Counts. When the Oscars made their move in 2012, the Motion Picture Academy was initially beset by complaints about the complicated registration process, and it had to delay several of its deadlines the first year of voting.

But AMPAS officials also said the move led to record voter participation in each of the last two years, and the complaints died down considerably in its second year.

“The Motion Picture Academy’s experience is something that we have very consciously tried to learn from,” said Leverence. “I think that the first year that they did it, there was a certain amount of ambiguity. Their members didn’t have to actually put their eyeballs up to the computer screen to take a retinal scan, but almost. And there was stuff like, ‘Stay by your phone, we’ll be calling you back with your secret code.’

“But Ernst & Young sat down with the people from Everyone Counts, who said, ‘This is what we’ve figured out for the Oscars, and we think it could work for you.’ And our partners at E&Y agreed that it could be done properly, with absolute security.”

Details about the voting process are available to Academy members at http://www.emmys.com/online-voting.

But online voting will only be a part of the nominations round of voting, which begins on Monday and runs until June 20. Once the nominations are announced on July 10, final voting will still be conducted on paper, and by a variety of special viewing panels and juries.

Also read: Chuck Lorre ‘Apologizes’ for ‘Two and a Half Men’ at TV Academy Honors

The decision to limit online voting to the first round, said Leverence, was made partly because of the accelerated Emmy timeline caused by NBC’s upcoming broadcast of the show.  The network, which alternates airing the Emmy ceremony with ABC, CBS and Fox, typically shifts the Emmys from September to August to avoid conflicting with its Sunday Night Football broadcasts – though this year it also moved the show from its usual Sunday night spot to Monday, August 25.

“We have such a whammy this year,” Leverence said. “This is the first time we’re doing online voting, and we’re in the NBC year so we have the truncated schedule. And we just felt, let’s not bite off too much this first year. We’ll figure out how to do the online voting in the easier part of it, which is the nominating phase, before we get into the more complicated final round.”

Emmy voters, after all, know what they like – and year after year, what they like one year is what they liked in previous years. In last year’s Outstanding Lead Actor in a Comedy Series category, for instance, all six contenders were repeat nominees: Alec Baldwin had been nominated seven times for “30 Rock,” Jim Parsons five times for “The Big Bang Theory,” Louis C.K. three times for “Louie,” Don Cheadle twice for “House of Lies,” Matt LeBlanc twice for “Episodes” (and before that, three times for “Friends”) and Jason Bateman twice for “Arrested Development” (the first time eight years earlier).

In the comedy actress category, meanwhile, only Laura Dern from “Enlightened” hadn’t already been nominated for her show, though she had four previous nominations for four other shows.

The drama categories were slightly less predictable, with seven previous nominees, four first-timers and two who’d been nominated for other shows in the past. But overall, 84 percent of the acting nominees in the top four categories had been there before, and 72 percent had been there for playing the same parts.

But will it really work? Given the huge number of eligible shows and the impossibility of seeing them all, the first round of Emmy voting has long been essentially a popularity contest. A larger voting pool could conceivably make the nominations even more predictable.

“Switching to online voting won’t solve the popularity problem at the Emmys — not as long as they keep using a popular ballot,” said GoldDerby.com founder Tom O’Neil. “But we might see a few new hip nominees break through because geezer Academy members won’t go online. Thus young voters get a chance to sneak in nominations for ‘Orphan Black’ or ‘Broad City.’

“That’s how revolutions happen. The old guard just gives up and stubbornly goes back to watching reruns of ‘Matlock.'”

On the other hand, you could argue that the Emmys’ predictability isn’t automatically a bad thing. A good TV show, after all, tends to remain good year after year. Bryan Cranston didn’t stop being one of the best actors on TV just because he’s been showing up as a “Breaking Bad” nominee for years; Jim Parsons didn’t deserve the Emmy any less in 2013 because he’d won it in 2010 and 2011; Julia Louis-Dreyfus shouldn’t be overlooked for “Veep” because she’s already been rewarded for that show, and for “Seinfeld” and “The New Adventures of Old Christine.”

You don’t see much continuity at the Oscars or the Tonys, but it’s both unavoidable and appropriate at the Emmys.

And that will probably hold true whether voters make their choices known by filling in boxes on a piece of paper or clicking them on a computer screen.

CORRECTION: The original version of this story identified the company handling Emmy online voting as Every Vote Counts. It is Everyone Counts.