There were plenty of snubs and surprises with the 2022 Emmy nominations announcement Tuesday, but no show’s omission is outraging fans on social media quite like that of Mike Flanagan’s limited series “Midnight Mass.”

Twitter users admonished the Television Academy for the Emmys snub across categories (the show didn’t score a single nomination), calling it the “best show of 2021” and balking at the fact that shows competing in the same category like “Inventing Anna” (which received mixed reviews from critics and viewers alike) were nominated in its stead.

“I don’t need MIDNIGHT MASS (the best show of 2021) to get Emmy nominations to validate it,” one user wrote. “That remains a horror masterpiece, chock-full of phenomenal writing, direction and acting, with one of the most haunting series finales I’ve seen in years. The snubs change nothing.”

The series — which, along with “The Haunting of Hill House” and “The Haunting of Bly Manor,” is Flanagan’s third foray into horror outings with Netflix — follows an eerie, derelict seaside town that’s seemingly revitalized when a mysterious priest (Hamish Linklater) arrives with troves of miracles in tow. Religious fervor quickly sweeps the area, but nothing is what it seems as a looming figure starts terrorizing residents. Previous Flanagan collaborators Kate Siegel and Zach Gilford also star alongside Linklater and Rahul Kohli.

Kohli joined in on the conversation, tweeting support for his co-star: “Fucking snubbed. Especially Hamish. What a load of old shit,” he wrote, before adding, “Congrats to everyone else though 💕.” 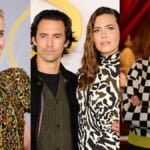 It was also noted that the Emmys could have overlooked the series due to its horror elements. Traditionally, the genre has not fared well at awards shows, including the Oscars, for its perceived “lowbrow” nature.

Also on Twitter, Flanagan reposted tweets that showered praise on the series, including one that said the series is still a “winner.” He also retweeted a Slash Film article, the accompanying tweet of which read, “If we ran the Emmys, Midnight Mass would’ve been nominated for everything.” He later responded directly to the social media support, saying, “Really, really appreciate our MIDNIGHT MASS fans today. It’s been very cool to see you guys rally, and it means a lot. Thank you for the messages and tweets, you guys are the best.” 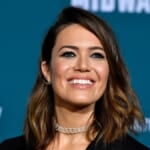 Also Read:
Mandy Moore Reacts to ‘This Is Us’ Emmy Snub: ‘Nothing Can Take Away What Our Show Meant’