The 2022 Emmy nominations came with quite a few snubs and surprises on Tuesday.

HBO’s “Succession” was the most-nominated program with 25 nods. “Ted Lasso” and “The White Lotus” tied for second with 20 noms each. “Hacks” and “Only Murders in the Building” tied for fourth with 17 noms a piece.

Selena Gomez was left out of the “Only Murders in the Building” nominations, while her co-stars Steve Martin and Martin Short each received a Lead Actor nod. Donald Glover scored a nod for his acting in “Atlanta,” but the series was left off the Outstanding Comedy Series list. 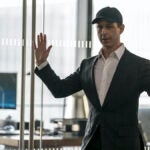 The 74th Emmy Awards will be presented on Sept. 12. Here’s a list of some of the biggest shockers from the nominations:

SNUB: Selena Gomez, “Only Murders in the Building”

Gomez didn’t receive a Outstanding Lead Actress in a Comedy nomination for the Hulu breakout comedy series, despite her co-stars Steve Martin and Martin Short each scoring nods.

Paulson scored a nomination over several other heavy hitters this television season, including Oscar winners Julia Roberts for “Gaslit,” Jessica Chastain for “Scenes from a Marriage” and Viola Davis for “The First Lady.” 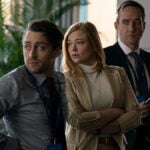 After a poorly reviewed final installment, neither actress was expected to pick up a lead acting nomination for their roles this season.

MacDowell was expected to earn her first Emmy nomination for her heartbreaking role in “Maid.” She stars alongside her real-life daughter, Margaret Qualley, who did score a nomination for Outstanding Lead Actress In A Limited Or Anthology Series Or Movie. “Maid” was also left out of the series nominations. 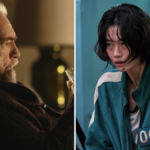 Patel scored a nomination for Outstanding Lead Actor in a Drama Series over Jared Leto, who was expected to notch a nom for “WeCrashed.”

The WeWork drama was left off the nominations list this year entirely. Not even Hathaway, whose performance has been praised by critics and viewers alike, could muster a nod.

“Atlanta” returned to the small screen this year after a four-year hiatus, but Season 3 failed to pick up an Outstanding Comedy Series nod. Donald Glover did earn a lead acting nomination, and the series scored nods in directing and cinematography. 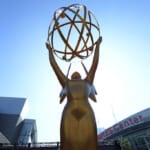 “Curb Your Enthusiasm” is still earning nominations after 11 years. The shocker here is that the series scored a nomination while “Atlanta” was left out of the conversation.

“Yellowstone” has taken the TV world by storm, but its popularity wasn’t enough to earn it any Emmys nods. The series earned exactly zero nominations. 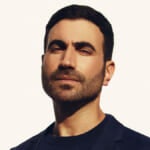 “This Is Us” is known to sweep the Emmys, but the NBC drama didn’t earn a single acting nod for its tearjerker of a final season (and was left out of the series nominations too).

Anthony Anderson and Tracee Ellis Ross were snubbed in the acting categories this year, and the series wasn’t nominated either.

Both Nicholas Hoult and Elle Fanning received nominations for their performances in Season 2 of “The Great.” The series performed better than expected this year. 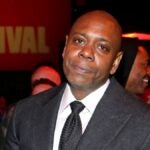 Despite nods for its lead actors Toni Collette and Colin Firth, “The Staircase” didn’t receive a nomination for Outstanding Limited Or Anthology Series Or Movie.

SURPRISE: “Watch Out for the Big Grrrls“

It’s the first time in 18 years that a series has broken into the competition program category in its first season.

Also Read:
‘Squid Game,’ ‘Stranger Things’ and More Stars and Producers React to Emmy Nominations: ‘Chrissy: This One’s for You!’