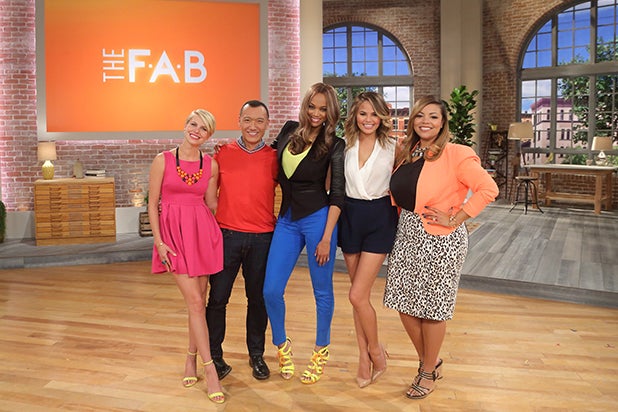 Tyra Banks‘ syndicated ABC-Disney talk show “The F.A.B.” is set to launch on ABC stations in the fall of 2015.

“I am absolutely thrilled that we have sold our new Tyra Banks moderated lifestyle show to our stellar group of ABC Owned television stations,” said Janice Marinelli, president, Disney-ABC Domestic Television. “They are strong stations with outstanding leadership and are the ideal fit for our fresh lifestyle show with Tyra and her engaging panel of co-hosts.”

“At 40, Tyra has never been more relevant than she is today and her massive and growing digital footprint exemplifies her connection with women of all ages,” added Lisa Hackner, executive vice president, Daytime & Syndicated Programming, ABC Entertainment Group. “Tyra has curated a fresh and authentic panel of co-hosts that is diverse in expertise, digitally connected and also share a magical chemistry.

“Having the support of these formidable stations is a testament to the show and the perfect timing of this program,” she continued.

Zee, meanwhile, has been a name in fashion since 1990 and is also the fashion correspondent for “Entertainment Tonight.” Makk previously appeared on TLC’s Trading Spaces and currently gives home design advice on Honolulu’s KHON-TV. Ashley is the star of YouTube’s do-it-yourself program “A Fab Life!” and also a popular lifestyle blogger.

As TheWrap reported in May when the show was first announced, Banks has famously tried her hand at daytime talk before. Her previous talk show ran in syndication from 2005-09. In 2010, The CW picked up the show, gave it a makeover and then cancelled it after just one season. The former model and producer has had more luck with her long-running model competition, “America’s Next Top Model.” Last October, The CW renewed it for a 21st cycle.

“The fire to inspire women and help them to blaze new paths fiercely burns inside of me. I’m excited to be partnering with Disney-ABC to usher in a new era of lifestyle, beauty and entertainment that will inspire women to be the CEO of their lives via honesty, humor and the newest tips and tricks without being intimidating or precious,” Banks said in May.

“To my fierce fam of future viewers: I can’t wait to shake up daytime TV together. I have a lot of information to give and still lots to learn. Let’s do it!”