UTA on Tuesday promoted over 100 staffers across more than 30 divisions and multiple global offices, marking the most employees the agency has promoted at one time in the agency’s 30-year history.

The promotions were all for higher levels, including roles at the director, agent, senior manager, manager, assistant manager, executive, coordinator, associate and other levels and encompass employees at all levels of the company. 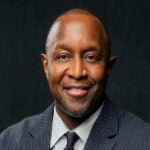 “Amid the unprecedented circumstances surrounding the pandemic, having the ability to promote over 100 colleagues is a testament to the perseverance of our UTA family and the continued evolution and expansion of our company,” UTA co-president David Kramer said in a statement to TheWrap. “We couldn’t be more proud or grateful for this group’s resilience and innovative thinking in the face of adversity, and we can’t wait to watch them thrive in their new positions.”