Viola Davis debuted the first trailer for “The Woman King” at CinemaCon on Monday, and her director — Gina Prince-Bythewood (“The Old Guard,” “Love & Basketball”) — promised that when we finally got the chance to see the film that she “kicks ass.” Davis did not disappoint in that first look and excited a packed CinemaCon crowd on the convention’s opening night.

The exclusive look revealed her leading an elite team of female warriors, and the film is a historical drama, epic and action movie based on the untold true story of an 18th century African Kingdom.

In “The Woman King,” Davis stars as Nanisca, the general of an all-female military unit who fights enemies who threaten her kingdom known as The Kingdom of Dahomey, one of the most powerful states of Africa in the 18th and 19th centuries. She leads a cast that also includes Thuso Mbedu, Lashana Lynch, Sheila Atim, Hero Fiennes Tiffin and John Boyega. 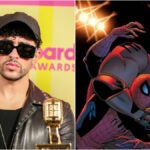 At CinemaCon on Monday night, TriStar Pictures President Nicole Brown talked about the real-life, “badass women” at the heart of the story, and compared it to a real-world “Black Panther.” She and the film’s director Gina Prince-Bythewood also celebrated how Davis championed the movie “like a general since day one” as a producer on the film.

“She is everything we believe her to be, and she kicks ass in this film,” Prince-Bythewood said on stage during the Sony presentation.

TriStar Pictures is releasing “The Woman King” exclusively in theaters on September 16, 2022. 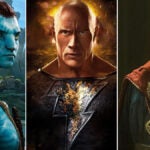 Also Read:
5 Things to Watch at CinemaCon as Movie Theaters Hit a Crossroads