A full-body conductor whose bouncing curls and expressive eyes seemingly do as much work as his hand-and-baton virtuosity, Venezuela’s Gustavo Dudamel — who ascended from his country’s game-changing music education program El Sistema to the world’s top podiums in record time — has ignited classical music performance as few others have this century.

He’s fun to watch, and even when you can’t technically see him, he’s still a presence: His conducting for Spielberg’s “West Side Story” is like a vital extra narrator guiding the fire and swoon in Leonard Bernstein’s iconic score.

With its exclamatory title, Theodore Braun’s Dudamel-centered documentary “¡Viva Maestro!” certainly sounds like it’s going to be a celebration of the ever-youthful superstar’s acclaim and popularity, and it is. There is much wonderful music; spirited vérité scenes of rehearsal, fellowship, and instruction; and a globe-trotting schedule that sees him traveling between his stewardship of the Simón Bolívar Orchestra in Caracas, his time running the LA Philharmonic, and high-profile guest gigs in Europe and South America. 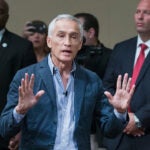 But the prism through which all this is viewed is one of great pain and sorrow: Venezuela’s rapid decline into civil unrest and humanitarian disaster, and how it ultimately pushed an idealist — who avoided politics in the name of spotlighting art — into someone who had to contend with it. (In that respect, it’s a companion film of sorts to the music biodoc “The Boy from Medellín,” which chronicled the pressure Colombian reggaeton artist J Balvin felt to address his nation’s rising turmoil.)

After a high-energy opening montage condensing Dudamel’s rise to a starburst of headlines, archival clips, and music from Arturo Márquez’s electrifying “Danzón No. 2” (which Dudamel helped popularize), Braun segues into his own footage of his subject’s trip to Caracas in early 2017 to rehearse Beethoven’s symphonies with the Bolívar musicians for an upcoming world tour. But it’s tempered by onscreen text right out of a pulp potboiler: “He has no way of knowing it, but in the three years ahead, this will be the last time Dudamel and the Bolívars will rehearse together, and the last time he returns to Venezuela.” Yikes. 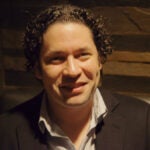 Because he came up through the state-financed, artist-run children’s orchestras created in the ‘70s by his mentor José Antonio Abreu (and since replicated in countries throughout the world), Dudamel has long believed in the power of music through kids as a path to social transformation, with orchestras specifically — built on cohesion, hard work, reaching for beauty — as a vehicle for sowing hope and honing tools to better lives. We can see it, too, in the excited faces of El Sistema children he visits, and in the Bolívar musicians (including peers who grew up with him) responding to his guidance as they prepare to channel a legendary German’s majestic artistry into nights of thrilling music everywhere.

When life in Venezuela gets so bad, however, that musicians start leaving, and one dies during a demonstration, Dudamel is driven to speak out against President Maduro, who subsequently takes action to hobble one of his country’s greatest cultural achievements and, by extension, its most beloved ambassador.

The question of whether Dudamel’s anti-Maduro statements were too little, too late, is one that’s been argued elsewhere and isn’t really addressed in the film. But there’s no question the retaliation is a blow to Dudamel’s efforts. In Berlin to work with their Philharmonic, he reconnects with Nathaly, a young double bass player who has fled Venezuela, as have many of her musician peers. Recounting all that El Sistema did for people like her, her tears say it all; doors were opened around the world, knowledge was imparted, and the idea was to bring that knowledge back to Venezuela. Now, she believes, there’s no future for someone like her there. 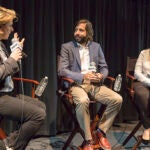 But Dudamel’s commitment to the boundary-dissolving, universal pleasures of making music is unstoppable. He soon collaborates with “Danzón” composer Márquez to bring musicians from around the globe together, including the young Venezuelans from whom Dudamel has been separated, for a concert to celebrate his dream of unity and to honor what his mentor Abreu created for the good of humanity.

It’s a bit of an irony for “¡Viva Maestro!” that Braun’s having to fit unexpected events and thorny issues of arts and politics, into what was surely intended to be a straightforwardly image-burnishing biodoc, has ultimately created a better in-the-moment movie. The results say far more about a mission of music than a biographically fulfilling one, focused on Dudamel’s life story and the cherished state program that formed him. Even without those details, “¡Viva Maestro!” is still plenty inspiring about who’s leading the charge for so many tomorrows, even as it must acknowledge the forces out there all too ready to disrupt those futures.