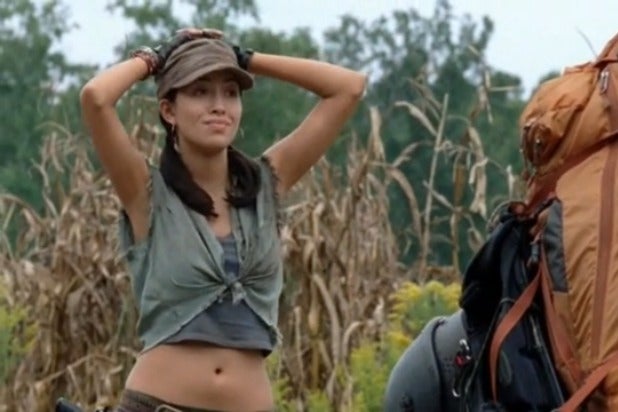 There’s no end in sight for the leader of Terminus on “The Walking Dead” — the series has promoted Andrew J. West, who plays the leader of the possibly cannibalistic community to a series regular, along with two previously recurring actresses.

West, who plays the deceivingly easygoing Gareth, debuted on the show Sunday. He’ll be joined as a series regular by Alanna Masterson, who plays Tara, a reformed follower of The Governor, and Christian Serratos, who plays Rosita, part of the military crew trying to get Eugene Porter to Washington, where he claims he can end the zombie apocalypse.

Both Tara and Rosita (pictured) were introduced earlier in the season.

When last we saw Tara and Rosita, they were among the survivors ordered by Gareth into a rail car. He may or may not be fattening them up to eat them.

We have until the show returns for Season 5 in the fall to consider that appetizing notion.