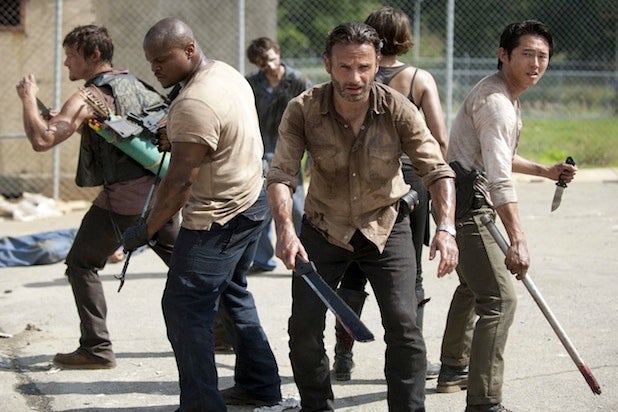 The Governor is Rick Grimes’ rival in more ways than one.

Even as they vied for control of the prison in Season 4 of “The Walking Dead,” Grimes and the Guv also vied for viewers’ attention. Until The Governor (spoilers ahead) died in the midseason finale, he was a greater source of viewer fascination than the show’s lead.

Also read: ‘Game of Thrones': Here Are the Characters You Talked About Most Last Season (Infographic)

Those are among the findings of TVShow Time, a site dedicated to tracking and commenting on shows. The site created a special chart for TheWrap that monitored how much its fans discussed characters on “The Walking Dead” throughout last season. (It’s below.)

Michonne and Daryl also had their moments. Hershel also got lots of attention — by dying. And Beth and Carol’s journeys were the subject of much speculation.

(For the record: This post has been corrected due to an error in the initial chart that overcounted mentions of the Governor later in the season.)