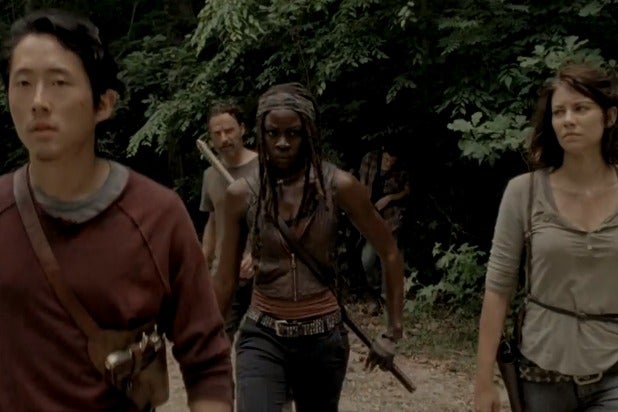 (Spoiler warning: Not sure how many more ways we can warn you.)

The just-released Season 5 preview for “The Walking Dead” seems to confirm that the show will bring to life one of the darkest moments of the comic books that inspired it. But it could also be a big fake-out.

In the comics (last warning, seriously), Glen is beaten to death with a barbed-wired baseball bat while his tied-up friends can only helplessly watch. It’s one of the most violent and horrible things to happen in Robert Kirkman‘s series.

Fans have wondered whether it will happen on television, too, given that Glen (Stephen Yeun) is one of the most beloved characters on the show. But the preview released at Comic-Con Friday includes a blink-length shot that suggests TV Glen is very much in danger of a battering. Pun intended.

At the 2:20 mark, we see Glen, gagged and with his hands apparently bound, wincing as a thug we haven’t seen before stands behind him and winds up what looks like a bat. Great editing — the next shot is a knife going into a zombie’s neck — helps us imagine the bat connecting with Glen’s skull.

Is the show really out to kill Glen? Or just playing with us? Or both? Ugh. We hope TV Glen has read the comics and has some brilliant escape in mind.

Watch the video and wince along: