Warner Bros. Discovery is expected to begin laying off hundreds of workers on the business side, according to an individual with knowledge of the company.

Up to 30% of the combined sales teams of the merged company are expected to be cut. The move comes as Warner Bros. Discovery cleaned up Monday night at the Emmys and bested all other companies with the most Emmy wins.

According to Axios, who first reported the news, “the cuts will be coming from both the WarnerMedia and Discovery ad sales teams.” 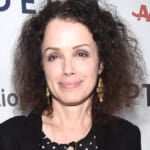 The layoffs are the latest in Warner Bros. Discovery CEO David Zaslav’s dual moves to reduce costs by up to $3 billion as well as to shift the strategy for the company’s streaming services, HBO Max and Discovery+. The company plans to merge the two platforms, with plans to introduced the merged service in most European markets by early 2024.

Since WarnerMedia and Discovery Inc. each have a large portfolio of TV networks and their own streaming services, the merger of the companies will likely lead to cost-cutting measures via consolidation. 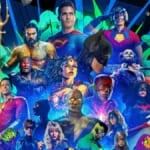 Zaslav also said that he expects that a great deal of the cuts will come from “investment avoidance.”

A rep for Warner Bros. Discovery did not immediately respond to requests for comment.