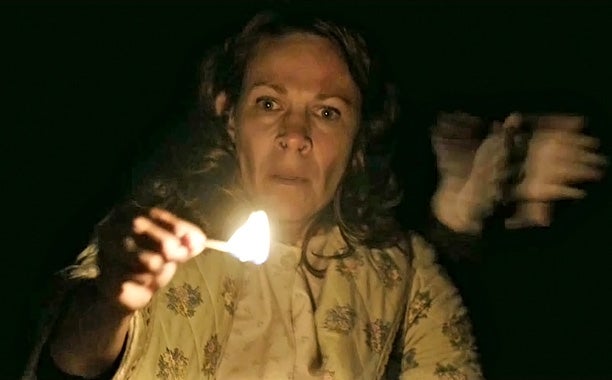 Warner Bros. was hit Tuesday with a lawsuit that claimed subsidiary New Line Cinema violated federal racketeering law in defrauding the creator of “The Conjuring.”

“The case has no merit and we will vigorously defend it,” a spokesperson from Warner Bros. told TheWrap.

The suit on behalf of Tony DeRosa-Grund and his family trust was filed in the District Court in Houston, Texas. DeRosa-Grund’s Evergreen Media Group claims that they own the life rights and case files in relation to Ed and Lorraine Warren, the real-life ghost hunters on which “The Conjuring” is based.

The lawsuit fingered New Line and its head of business and legal affairs, Craig Alexander, as the ones who “have engaged in an ongoing pattern of racketeering activity.”

“Defendants use a bait-and-switch scheme to defraud leavened with obstruction of justice and money laundering to acquire and conceal their victims’ assets and to cheat their victims of their income,” claimed the suit.

“The Conjuring” was released in the summer of 2013 to $318 million worldwide. The sequel to the film is anticipated in theaters in 2016. The original also spawned the successful prequel, “Annabelle,” which opened to $37 million three weeks ago. And evidently there’s pressure to spread the wealth.

“Defendants convinced Plaintiffs to part with a narrow category of intellectual property rights on the pretext of using those rights solely to make theatrical motion pictures, including what became the blockbuster movies called ‘The Conjuring’ and “Annabelle,'” the suit noted. “Then, as soon as they duped Plaintiffs out of their property, the Defendants caused those rights to be moved to another corporation in exchange for nothing. Afterwards, Defendants proceeded to cheat Plaintiffs out of millions of dollars of income.”