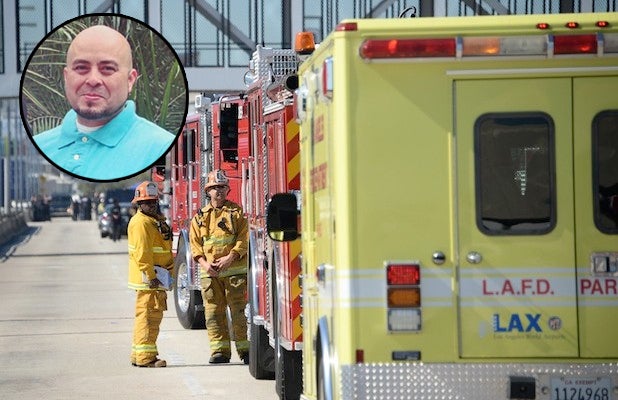 Hernandez’s widow Ana Machuca, who at the time was a manager of worldwide marketing budgets at Warner Bros., filed the suit Tuesday in Los Angeles Superior Court on behalf of herself and the couple’s two children, Luis Hernandez and Stephanie Hernandez.

On the morning of Nov. 1, 2013, Hernandez, 39, was shot by a lone gunman, who authorities later identified as 23-year-old Los Angeles resident Paul Ciancia.

The legal documents obtained by TheWrap, allege that LAX police officers left their posts without reporting in or calling for backup and left Hernandez and other individuals without adequate protection, in violation of policies and procedures.

Ciancia is accused of approaching the security checkpoint at LAX’s Terminal 3 and opened fire, killing Hernandez. Three other people were wounded. Ciancia allegedly made his way into the airport terminal where he exchanged gunfire with LAX police and LAPD officers; he was taken into custody and later recovered from gunshot wounds he suffered to the chest, during the police response.

The suit alleges LAX failed to properly hire, train, and supervise their security personnel and emergency response teams, who failed to attend to Hernandez’s injuries in a timely manner.

“Hernandez lay wounded approximately 20 feet from an exit without medical attention for more than thirty minutes,” the lawsuit claims. “This delay in seeking and providing medical assistance demonstrated a conscious disregard for Hernandez’s medical condition, and was a contributing factor in Hernandez’s death.”

Attorneys for Machuca and representatives for Warner Bros. have not yet responded to TheWrap’s request for comment.

Inadequate and outdated equipment at LAX contributed to Hernandez’s death, according to the lawsuit. The airport’s 911 “Red Phones” were outdated and in some cases not working properly. “When 911 calls were made, operators were unable to determine where the calls were coming from, delaying response time of emergency personnel,” says the suit. “The 911 system at LAX did not go to airport police and this issue was identified and addressed as problematic years before this incident.”

Hernandez was the first TSA officer to be killed in the line of duty since the department was formed in the wake of the Sept. 11, 2001 terrorist attacks.

Ciancia has been charged with first degree murder and his trial is set to begin on Dec. 8, 2014.