According to a Thursday morning post on the daytime talk show’s official Instagram page, Williams “has been and continues to be under a doctor’s care and is still not ready to return to work.”

The show now plans to return with new episodes the week of Oct. 18. That date is two weeks later than it was originally slated to finally kick off its 2021-22 season. 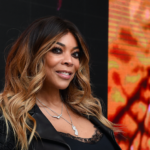 The problem is not Williams’ case of COVID-19, the Instagram post specified. Williams, who is fully vaccinated, had tested positive for the virus. That was the initial reason given for the delay to her show’s season premiere.

“Her breakthrough COVID case is no longer an issue and she has tested negative, but she is still dealing with some ongoing medical issues,” Thursday’s social media post read.

Williams has been “dealing with ongoing health issues” that prevented her from participating in promotional activities for the new season of her daytime talk show, though no further details have been shared publicly. In the past, the host has taken several breaks from the show, citing complications with Graves disease and a battle with addiction.

Williams returned to her New York studio last year, with a fully vaccinated audience coming back in June.

But according to a statement released by “The Wendy Williams Show” back on Sept. 15, “While continuing her health evaluations,” Wendy “tested positive for a breakthrough case of COVID-19.”

Though she is fully vaccinated, the host in the past has expressed hesitation about the safety of vaccines, including for COVID-19. In a conversation with Dr. Oz earlier this year, Williams said she had never received the flu shot and doesn’t take aspirin. “I don’t trust it,” she said about the COVID-19 vaccines at the time. 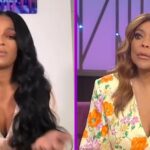