This review for “We’re All Going to the World’s Fair” was originally published April 15, 2022.

I was an early child of the internet, but my online life was tame. As a kid, I stuck to the wholesome worlds of Neopets and Club Penguin. Even when I signed up for Tumblr as a teenager (pre-porn ban), I mostly used the site to connect with other Broadway nerds. Watching the Slender Man web series “Marble Hornets” alone in my bedroom was about as dark as I went.

So “We’re All Going to the World’s Fair,” Jane Schoenbrun’s debut feature about creepypasta culture and teenage loneliness, feels a bit like looking at an alternate version of myself. What internet rabbit holes might I have fallen down if I’d had meaner parents or worse social skills?

The film makes for a fascinating study of online indoctrination, as its protagonist blurs the line between role-playing insanity and actually going insane. Unfortunately, “World’s Fair” hobbles itself by ultimately shifting focus from that enigmatic young girl to a rich, older man. 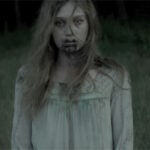 The girl is Casey (Anna Cobb), a tomboyish loner who opens the film by vlogging in her attic bedroom. Clad in a black T-shirt for the niche metal band Skulls–tter, Casey fake smiles her way through “the world’s fair challenge,” an online phenomenon that asks participants to say, “I want to go to the world’s fair” three times, prick their fingers and watch a psychedelic video. Think the beginning of “Eighth Grade,” on Ambien. With the challenge complete, Casey just has to wait for “symptoms” to start showing up.

This is where things get weird, and Schoenbrun’s earlier documentary “A Self-Induced Hallucination” from 2018 can help shed some light. “Hallucination” is made up entirely of YouTube videos about Slender Man, an urban legend spawned in online forums. Originally just a creepy monster lurking in the backs of photographs, Slender Man exploded into a phenomenon during the 2010s, as fans — many of them edgy teens — shared stories of children acting as his “proxy” and explained the symptoms of “Slender sickness.”

Once you know the creepypasta M.O., “World’s Fair” gets a lot less confusing. There are no explanations here for n00bs, just videos of people experiencing “World’s Fair symptoms” that range from bodily numbness to “turning to plastic” to, memorably, having arcade tickets embedded under the skin. Since this is a fictional film, those unfamiliar with the real-world subculture on which it is based might feel lost. Is the World’s Fair real, as far as the film is concerned, or is it just a creepy game for online loners? 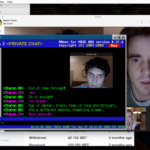 If, like me, you are immediately intrigued by the phrase “creepypasta horror movie,” adjust your expectations for thought-provoking, arthouse fare instead of outright terror. (David Lowery is an executive producer, after all.) Schoenbrun’s sparse, realistic script and keen editing immerse viewers in this weird corner of the internet.

Though nary a YouTube logo is used, we understand that that is the space “World’s Fair” is referencing through font and formatting choices. It’s vexingly novel to see media about the internet that actually gets the internet, but Schoenbrun clearly knows what they are talking about. If anything, “World’s Fair” could stand to appeal more to viewers who are not chronically online.

But the film’s opaqueness also adds to its sinister ambiance, as it becomes increasingly unclear what Casey believes herself. She seems more comfortable online than she is in the real world. The only other person around her is an angry man, ostensibly her father, who shows up once, off-screen, to yell at her. In a sequence at once eerie and moving, Casey goes to the barn behind her house. After uncasing her father’s automatic rifle, she puts on a soothing ASMR video to fall asleep. 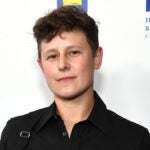 But after that sequence, which is about 30 minutes into the film, we no longer get to be flies on the wall of Casey’s intriguing, desolate life. As her content becomes more erratic and concerning, the film follows her through the eyes of another World’s Fair vlogger named JLB (Michael J. Rogers, “Siren”) as he watches her videos. Since we understand Casey only through her content for much of “World’s Fair,” and those videos may or may not just be more online fiction, Schoenbrun relies on JLB to tell the rest of Casey’s story. That “World’s Fair” begins on Casey and ends on JLB, a stranger whose participation in this online community involves watching hours-long footage of Casey sleeping, feels like a lost opportunity at best.

It’s particularly sad that viewers can’t spend more time in Casey’s world, since newcomer Cobb is this film’s greatest asset. Her glassy eyes and droll effect elevate Casey from your average teenage wastoid to a figure as cryptic as the World’s Fair itself, the kind of outsider primed for this particular brand of psychosis.

Her strength is her utter blankness. Even when viewers are aligned with Casey’s perspective, we have no idea what she is performing for her YouTube followers and what she truly believes. Casey’s videos occasionally toe the line between self-indulgent and avant-garde — Is this actually something a teenager would post online, or does Schoenbrun just think it looks cool? — but Cobb’s stark performance keeps things grounded.

“I swear, someday soon I am just gonna disappear,” Casey says in one of the videos JLB watches. “And you won’t have any idea what happened to me.”

The shift from Casey’s world to JLB’s, therefore, makes sense, in that it feels like a kind of self-fulfilling prophecy, but it also undercuts the film’s strong potential. For one, it’s much rarer (and, in my opinion, more interesting) to engage with an antisocial teenage girl’s perspective than with that of a wealthy, middle-aged man. For another, by giving Casey’s story over to JLB, Schoenbrun effectively denies her young videomaker the agency to complete her own narrative.

“We’re All Going to the World’s Fair” opens Friday in theaters nationwide and VOD.