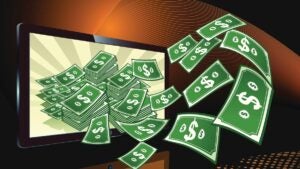 Steven Spielberg’s remake has advantages that ”In the Heights“ and ”Dear Evan Hansen“ didn’t… but will that be enough?

Over the course of 2021, big-screen musicals have been in a deep slump at the box office — a condition exacerbated by a pandemic that is keeping the genre’s core demographic of older moviegoers at home. It is into this tough environment that Steven Spielberg’s daring remake of “West Side Story” will enter theaters on Friday.

Since the musical’s premiere in New York City last week, glowing reviews have poured in. Newcomer Rachel Zegler and Tony nominee Arianna DeBose have been hailed as new Hollywood stars for their performances as Maria and Anita. Spielberg and screenwriter Tony Kushner have also been praised for bringing one of Broadway’s most famous musicals into the 21st century with a film that both honors and updates the 1961 film adaptation that won 10 Oscars.

But we’ve been here before. It was just five months ago that critics were exulting over Lin-Manuel Miranda’s Tony winner “In the Heights,” calling it as a joyous, life-affirming spectacle while Warner Bros. was marketing it as a summer event release that could liven the spirits of a nation beaten down by COVID.

But beyond the most devout theater lovers and Miranda fans, “In the Heights” was rejected by the public, becoming a box office flop with just $43.8 million grossed worldwide against a reported budget of $55 million. Even on HBO Max, where the film was released at the same time it hit theaters, Warner insiders said viewership was extremely low. The public just wasn’t interested in what “Heights” was selling. Less piraguas, more “Fast & Furious.”

The bad times for musicals continued into September with Universal’s “Dear Evan Hansen,” though that film got a much more mixed reception from critics that further dampened its box office hopes. The 2017 Tony winner for Best Musical from Oscar winners Benj Pasek and Justin Paul was made at half the price of “Heights” ($28 million), but failed to gross even that amount, settling for just $17.9 million worldwide.

But “West Side Story” does have a couple advantages that these other films don’t, namely that it is an adaptation of one of the most iconic Broadway musicals from one of the most iconic directors ever. For over 60 years, “West Side Story” has built a legacy as an American classic, with countless performances in schools and small towns that have made songs like “America” and “One Hand, One Heart” into beloved standards.

The other advantage is a December release slate. While musicals are struggling now, it wasn’t that long ago that end-of-year musical releases like 2016’s “La La Land” and 2017’s “The Greatest Showman” opened to promising ticket sales and legged it out over the course of several months to become genuine hits. For “La La Land,” that also led to an extended box office run thanks to its Oscar buzz, and “West Side Story” is likely to have that same momentum this awards season.

But the big obstacles that have plagued any studio film that isn’t a four-quadrant blockbuster this year are still present. With headlines about the Omicron variant and a winter COVID surge flowing hard through the news cycle, the pandemic still weighs heavily on the minds of older audiences who not only love musicals but are most likely to have seen the original “West Side Story.”

That is likely to depress turnout from a moviegoer subset that Twentieth Century counted on for this film. Nor can the film lean back on younger moviegoers who might be tempted by young leads like Ansel Elgort and Zegler, as Sony’s “Spider-Man: No Way Home” is expected to crush holdover hopes for “West Side Story” among the 18-35 crowd once it opens on December 17. (Warner Bros.’ “The Matrix Resurrections” provides additional competition the week after.)

That would follow other recent films that have opened to slightly better than expected ticket sales. MGM’s “House of Gucci” topped $20 million in its extended Thanksgiving-weekend opening and has grossed around $33 million domestic through two weekends, making it the highest grossing adult drama of the year. Disney’s “Encanto” became the first animated film this year opening exclusively in theaters — and is quickly approaching the $70.5 million gross of last summer’s animated hit “Space Jam: A New Legacy.”

But like those two films, “West Side Story” carries a reported budget of $100 million that, thanks to COVID, likely won’t be recouped through theatrical grosses alone.

In normal times, “West Side Story” would enter theaters as a solid favorite to be a hit. But as the market stands right now, the kind of moviegoers seeking an alternative to youth-skewing fare like a “Spider-Man” sequel are mostly staying home. So if the film fails to launch this weekend, it may be less indicative of a problem with musicals and more indicative of how far the box office still has to go to get back to normal.