The first trailer for Warner Bros.’ highly anticipated reboot “The Batman” was downright chilling as it introduced Robert Pattinson’s take on the Caped Crusader with a gloomy, detective-infused story. But the teaser also featured something no other Batman film had showcased before: a Nirvana song.

Indeed, if you’re wondering what the song in “The Batman” is, it’s Nirvana’s “Something in the Way,” but there’s a deeper reasoning for why this particular song appears in the film.

The song, written by Kurt Cobain, appears on Nirvana’s second album “Nevermind” which was released in 1991. But it also gained prominence after a live version of the song appeared on the 1994 album “MTV Unplugged in New York” despite being cut from the initial broadcast of Nirvana’s iconic appearance on the show.

For fans of Nirvana, “Something in the Way” is instantly recognizable, and it plays twice in “The Batman” – Bruce Wayne even literally listens to the song in his “Batcave” at one point. For director and co-writer Matt Reeves, this song was the key to unlocking his vision for the new Batman film.

“When I write, I listen to music, and as I was writing the first act, I put on Nirvana’s ‘Something In The Way’,” Reeves told Empire. “That’s when it came to me that, rather than make Bruce Wayne the playboy version we’ve seen before, there’s another version who had gone through a great tragedy and become a recluse. So I started making this connection to Gus Van Sant’s ‘Last Days’ and the idea of this fictionalized version of Kurt Cobain being in this kind of decaying manor.”

“Last Days,” released in 2005, is a film inspired by the final days of Cobain and stars Michael Pitt as a young musician. But both that film and Kurt Cobain himself inspired Robert Pattinson’s iteration of Bruce Wayne, who goes outside during the day so infrequently that he wears sunglasses indoors.

So “Something in the Way” is not just a haunting (and fitting) song for this particular Batman movie, it’s a direct inspiration on how Reeves and Pattinson went about crafting a new iteration of Bruce Wayne audiences hadn’t seen before.

Listen to the song below. 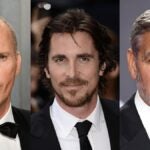 Also Read:
9 Actors Who Have Played Batman on Film (Photos)