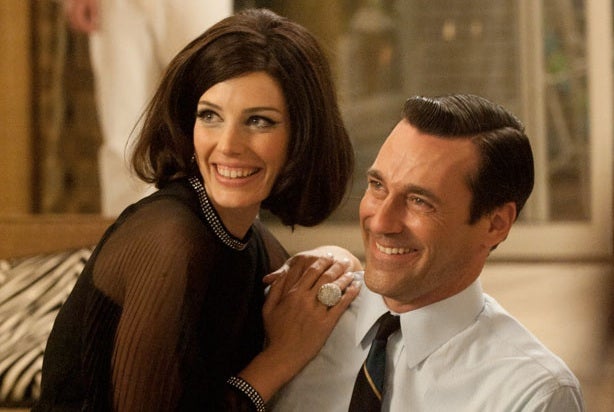 Cable subscribers are fed up with blackouts — and with each pulled signal, calls for government action and a massive TV industry overhaul grow louder.

Sen. John McCain has introduced legislation to let customers buy channels a la carte. Time Warner’s Jeff Bewkes and AMC’s Josh Sapan have discussed the possibility that cable providers could change the way they pay for programming. Consumers are demanding more choice in how they buy cable packages.

They should be careful what they wish for.

The system may be broken, but television executives and industry analysts argue that an a la carte world would be detrimental to the quality of programming and could even end the so-called “Golden Age of Television” viewers are currently enjoying.

“The subsidies that come from bundling are a big part of what has contributed to the ‘TV revolution,’ both creatively and financially,” Philip Napoli, an associate professor of communications and media management at Fordham University Schools of Business, told TheWrap. “The production costs for a show like ‘Mad Men,’ which has never drawn a particularly large audience, can be justified in part by the fact that millions of households that never watch ‘Mad Men’ are funding its production through their basic cable subscription to AMC.”

But fiddle with the formula and the landscape could shrink. In an a la carte scenario — or a new alignment that allows cable companies to buy or offer smaller packages — only the strongest channels may survive.

At least, that’s what Bewkes suggested in a conference call with analysts last month. The Time Warner chief said that with popular channels like TBS and TNT in its portfolio, his company is well-positioned to thrive in a world of smaller cable packages. But he said that would not be the case for competitors.

Bewkes said that formula would likely result in “more money for the biggest networks like ours. … We do think some of the weaker networks or weaker groups would fail.”

Some of Bewkes’ comments can be chalked up to corporate bravado, but he’s correct that customers wouldn’t subscribe to an obscure channel. That means the incredible rise of AMC, which transformed itself from a home for old movies to a creative powerhouse behind iconic programs like “Breaking Bad” and “The Walking Dead,” would be nearly impossible to replicate.

It would also mean channels like BET or Logo, which cater to minority groups, would face an uphill climb when it comes to building an audience.

“From the perspective of fostering a diversity of voices, this kind of change would have a chilling effect,” said Craig Moffett, founder of the boutique research firm Moffett Nathanson. “The only networks likely to succeed would be ones people already know, so breaking through the clutter would be impossible.”

Even the most popular channels could see revenues plummet. As Walt Disney Co. chief financial officer Jay Rasulo told analysts earlier this year, advertising accounts for about 30 percent of ESPN’s overall revenues, with another 70 percent from carriage fees. Both businesses would likely suffer if viewers get more choice about putting together cable packages.

Not everyone would opt to subscribe to big channels like ESPN, which would take a dent out of their parent company’s carriage revenues. That would also limit the amount of money the networks can charge advertisers to run commercials, because the size of their potential audience would shrink as customers get choosier.

That probably means saying sayonara to lavish production values that give shows like “Mad Men” and “Sons of Anarchy” the look and feel of big-screen entertainment.

“You would see a lot more lousy programming as channels slashed their production budgets by 80 or 90 percent,” predicted Derek Baine, an entertainment and media analyst with SNL Kagan.

Of course, there is a strong counter-argument.

“I do not think consumers should essentially finance and subsidize what are less popular channels,” said Matthew M. Polka, president and CEO of the American Cable Association. “The free market works when customers can determine what content they want to watch and what they shouldn’t spend money on because nobody is watching.”

Increased competition could have a galvanizing effect on programming. As channels scramble to attract new customers, they might have to get more inventive in what they decide to air. That paid off for subscription cable channels like HBO, which sparked the small-screen revolution when it bet audiences would care about a middle-aged, neurotic New Jersey crime boss and greenlit “The Sopranos” in the late 1990s.

“All of a sudden, AMC and FX would be in the HBO business and that would mean that they will have to be more distinctive, and distinctive usually means quality,” said Eric Deggans, a television and media critic for the Tampa Bay Times.

As it stands, most analysts predict McCain’s legislation won’t even make it to the Senate floor. Experiments with smaller bundling seem more likely.

The government and the industry are facing increased pressure to come to some kind of accord: The costs of cable are escalating at alarming rates, with studies indicating subscriptions could cost $200 a month by 2020.

That said, television executives, who admittedly have skin in the game, argue that switching to smaller bundles will not reduce fees. With fewer people paying, channels like ESPN could jack up rates even more.

“The cost per channel would go up significantly and consumers would be paying much more,” one cable executive told TheWrap, “and getting much less.”