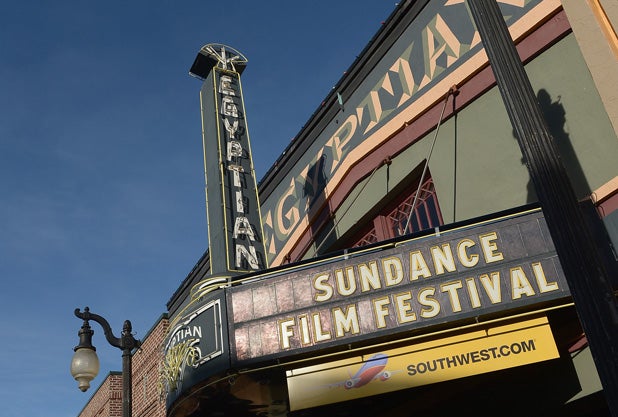 Buyers and sellers headed to Sundance next week want to know: Will Amazon and Netflix bid alongside Harvey Weinstein and HBO for the right to release the festival’s most popular movies?

Both companies are placing more emphasis on “originals” – movies and TV shows they offer viewers that no competing service can provide. Sundance is a popular venue for finding new product, and Netflix is already releasing one movie playing there – “Mitt,” a documentary about Mitt Romney.

“Netflix has a lot of money and they love this idea of originals, “John Sloss, a lawyer, sales agent and manager, told TheWrap.

Sloss already made a deal with Netflix for Jehane Noujaim’s award-winning documentary “The Square,” and documentaries are the genre where Netflix — one area it has targeted for its foray into long-form “originals” — is expected to be a serious bidder.

“I wouldn’t be surprised, especially with documentaries, if you see Netflix come in a similar way that HBO has done in the past,” producer Keith Calder told TheWrap. “I could totally see that happening this year at Sundance if Netflix feels like it. And if not, then at a future festival.”

This would not be the first time Netflix has pursued festival fare: It made a “significant” offer for Calder’s “The Wackness” several years ago. It lost out that time, but the success of Netflix originals such as “House of Cards” and “Orange Is the New Black” has awarded the service far more credibility as the first stop in a movie’s release schedule.

“In the last five years, Netflix’s position has completely changed,” Calder said. “They have a lot more muscle, and a lot more ability to make interesting deals they would have had a hard time doing five years ago.”

For a smaller movie with limited commercial potential, a strong run on VOD can push a movie into profitability, or aid its theatrical run.

“VOD is growing and filling in the gap left by the decline in DVD sales,” Calder said. “Platforms like Netflix are offering larger, additional ancillary revenue streams.”

Others cautioned not to overestimate Netflix’s potential impact, believing the company is better at getting itself press than closing major deals at festivals. They argued CNN was the real force, coming off the success of “Blackfish.”

The documentary about the forced domestication of orcas gained significant media attention after airing on CNN, boosting sales and rentals for Magnolia, its distributor in the home entertainment space.

“Look at the bump no one will be able to prove happened when it aired on CNN,” one acquisitions executive at a festival mainstay told TheWrap. “CNN has made in-roads in the documentary space and have put together a pretty nice line-up.”

The cable news network enters Sundance with its name already affixed to a few documentaries, including “Life Itself,” the documentary about Roger Ebert.

Though they approach the movies differently, Netflix and CNN effectively doubled the number of bidders for documentaries in the TV space — a vital complement to theatrical distributors. Before their recent activity, there was HBO and Starz/A&E. While many filmmakers want to see their movie play in theaters, a lot of the money is made when people watch at home.

CNN and Netflix share a similar appeal because they are both known commodities. They will put promotional muscle behind a documentary.

No one knows what to expect out of other digital players, Amazon chief among them.

“I’m really curious to see if Netflix or Amazon decide to be more aggressive,” Calder said. “Or whether they work within the existing structure.”