“Wolf of Wall Street” is Leonardo DiCaprio‘s first movie since “The Great Gatsby” and will roll out in roughly 2,400 theaters on Wednesday. Carrying a very hard R-rating, the black comedy is projected to come in somewhere north of $7 million on one of the biggest moviegoing days of the year, and get up to $30 million over the five days.

If the cocaine, hookers, debauchery and over-the-top excess in “Wolf” don’t put some people off, the three-hour run-time might. But Paramount is hoping that adults — who’ve had their fill of elves, egg nog and over-the-top holiday excess – might find the iconic American auteur’s latest epic just the tonic.

Also read: Martin Scorsese on ‘Wolf of Wall Street': I Wanted It Big and Ferocious

In a nod to the very adult nature of the film, Paramount is skipping early screenings on Christmas Eve and has targeted major markets almost exclusively in the rollout. But distribution chief Don Harris doesn’t think the film’s edginess or the controversy surrounding it will make or break it.

“This movie delivers the goods,” said distribution chief Don Harris, “and that’s what’s going to matter in the long run.”

If it does take off, it wouldn’t be unprecedented. Quentin Tarantino’s brutal slavery tale “Django Unchained” – in which DiCaprio also appeared — last year set the record for the best Christmas Day debut for an R-rated movie with $15 million. It’s hard to see “Wolf” topping that, given the competition.

There will be a lot of other options for moviegoers, since it’s one of five films that will debut nationwide that day. 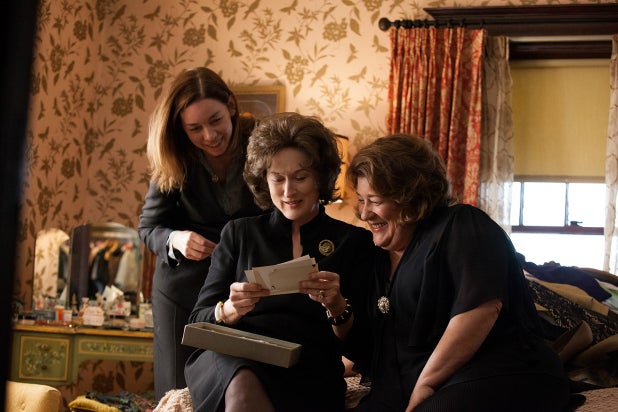 The Weinstein Company will be expanding “Mandela: Long Walk to Freedom” into 850 theaters and opening the Meryl Streep-Julia Roberts dysfunctional family comedy “August: Osage County” in six theaters that same day. And the past weekend’s top movies – “Anchorman 2” and “The Hobbit: The Desolation of Smaug” and “American Hustle” — are still going strong, too.

It’s just one day, of course, and the studios are in it for the long haul with any film released in the holiday corridor, especially awards contenders and those that target adults. But a trip to the multiplex part has become a holiday tradition for many families. A lot of competition is the norm – though the number of quality films in the market this year is unusual – and the all-time record is the relatively modest $24 million taken in by “Sherlock Holmes” in 2009.

That one opened on a Friday, which gave it an edge. But distribution execs are happy to see the holiday landing on a Wednesday this year.

“It’s ideal,” said Warner Bros. distribution chief Dan Fellman, whose studio is stepping into the ring with “Grudge Match.” “With the holiday falling on a Wednesday, a lot of people are going to take the rest of the week off, and that’s really going to help on Thursday and Friday.”

The competition means openings tend to be lower around the holidays, but the fact that so many people are off work means they often play significantly stronger over the holiday period than they would at other times. When calculating a film’s “multiple” – the final overall take based on its opening weekend haul – studios often more than double the standard formula when assessing holiday releases.

The “Wolf of Wall Street” screenplay from Terence Winter (TV’s “Boardwalk Empire”) is based on a memoir of the same name written by former stockbroker Jordan Belfort. In the film, Belfort (DiCaprio) goes from penny stocks and righteousness to IPOs and a life of corruption. Jonah Hill, Margot Robbie, Matthew McConaughey, Jon Favreau, Kyle Chandler, Rob Reiner and Jean Dujardin co-star.

An Appian Way and Sikelia Production, “Wolf” had been scheduled to open Nov. 15, though Paramount was forced to delay the movie so Scorsese and editor Thelma Schoonmaker could whittle down the running time.

The critics are sold on it, it has an 84 percent positive on Rotten Tomatoes and its social media signs are strong. Red Granite bankrolled the $90 million production budget on the movie, which is produced by Scorsese, DiCaprio, Riza Aziz, Joey McFarland, Emma Koskoff, and executive produced by Alexandra Milchan, Rick Yorn, Irwin Winkler, Joel Gotler and Georgia Kacandes.

When it comes to the other openers, the most likely to surprise appears to be “The Secret Life of Walter Mitty,” in part because of the upbeat subject matter. It will have to defy tracking, however, which hasn’t been particularly strong for the PG-rated comedy based on James Thurber’s classic short story about a milquetoast daydreamer.

Stiller has a solid box office record, both as an actor (“Little Fockers”) and as a director (“Tropic Thunder”), thought the scope and fantasy nature of the film represent a departure from his norm. Kristen Wiig and Sean Penn co-star.

The marketing challenge for Fox will be making clear what the movie is about, particularly to younger moviegoers, who probably don’t know the book or the 1947 film starring Danny Kaye.

It has a soft 44 percent ‘fresh” rating on Rotten Tomatoes, and a five-day total in the mid-teen millions seems probable.

“Mitty,” from Samuel Goldwyn Films and Stiller’s Red Hour, has been in development for more than a decade. Names like Steven Spielberg, Ron Howard and Gore Verbinski have been attached as director, and Jim Carrey, Mike Myers and Sacha Baron Cohen were all discussed as the lead. The budget is hefty $90 million. 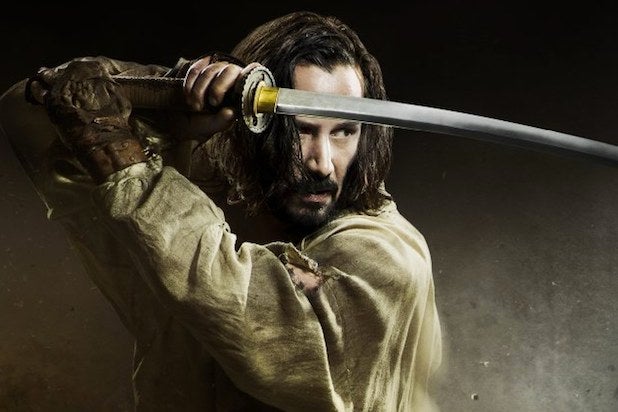 Director Carl Rinsch’s first feature, “47 Ronin” fictionalizes one of Japan’s most legendary samurai tales, the story of a group of 18th century warriors who aim to avenge their master’s death. Reeves, in his first starring role in a tentpole project since “The Matrix” trilogy, shares the lead in a mainly-Japanese cast led by Hiroyuki Sanada.

It’s been a long and bumpy road to the screen for “47 Ronin,” which was produced by Scott Stuber, Paula Abdy and Eric McLeod. Shot in Bulgaria, the U.K. and Japan, it was originally scheduled to be released in November of 2012, then moved to February 2013 for more work on the 3D visual effects. Then it was pushed to Christmas Day to account for reshoots and post-production.

There haven’t been a lot of reviews, but most have been weak and “Ronin” has a lousy 17 percent positive score on Rotten Tomatoes. It could have trouble hitting $10 million for the long weekend, a disaster given the budget.

Warner Bros.’ boxing comedy “Grudge Match” features Sylvester Stallone and Robert De Niro as aging pugs — you’ll remember “Rocky” and “Raging Bull” — but neither of them has proven a reliable draw on their own recently. The target demographic is mature audiences and the pairing might work for them, however.

Director Peter Segal has a strong track record with comedies, having scored with “Get Smart,” “50 First Dates” and “The Longest Yard.” Kevin Hart, Alan Arkin and Kim Basinger co-star.

The critics aren’t impressed (29 percent on Rotten Tomatoes) and there’s hardly any social media heat, but this movie’s target audience isn’t big on Twitter. A five-day total in the mid-teens seems a good bet for “Grudge Match,” which Warner Bros. expects to play steadily past its first weekend.

The wildcard on Christmas Day and over the weekend could be “Believe,” a late entry to the Christmas lineup from Open Road Films.

The tracking isn’t great, but it often isn’t reliable on teen-skewing movies like this, nor is social media, which is very strong thanks to Bieber’s very high profile on Twitter and Facebook. An MTV live stream of the L.A. premiere for “Believe” was among the cable network’s most viewed ever.

The question is whether any of that will translate to the box office, particularly in the crowded Christmas marketplace. The analysts are betting against, and projecting a soft $11 million for the five days.