Woody Allen has refuted reports that he is retiring after completing his 50th film, “Wasp 22,” through a spokesperson’s statement to multiple media outlets.

In an interview with Spanish newspaper La Vanguardia published Saturday, Allen, 86, was quoted as saying, “My idea, in principle, is not to make more movies and focus on writing,” with his next project being a novel.

But on Monday, a spokesperson clarified that Allen “never said he was retiring, nor did he say he was writing another novel.” 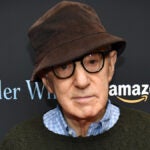 Also Read:
Woody Allen to Retire From Filmmaking After Next Movie

“He said he was thinking about not making films, as making films that go straight or very quickly to streaming platforms is not so enjoyable for him, as he is a great lover of the cinema experience,” read a statement from Allen’s rep. “Currently, he has no intention of retiring and is very excited to be in Paris shooting his new movie, which will be the 50th.”

The spokesperson’s statement echoes comments that Allen made in June during an Instagram Live interview with Alec Baldwin. “A lot of the thrill is gone. Now you do a movie and you get a couple of weeks in a movie house, and then it goes to streaming or pay per view. It’s not the same. It’s not as enjoyable to me,” he said.

Interest among distributors in releasing Allen’s films has dwindled since the #MeToo movement sparked renewed attention towards sexual abuse allegations made against the filmmaker by his adopted daughter, Dylan Farrow, in 1992. The allegations were also the subject of a 2021 HBO docuseries, “Allen v Farrow,” which was made with the cooperation of Farrow, her brother Ronan, and her mother Mia.

Over the decades, Allen has denied all wrongdoing, and two investigations led to no charges being brought against him. But the scrutiny led Amazon Studios to terminate its four-film distribution deal with Allen in 2018, halting the release of his film “A Rainy Day in New York.” 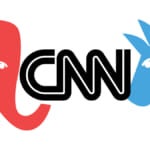