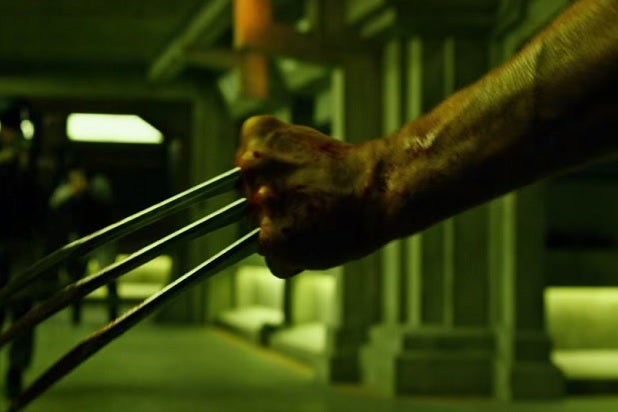 (Spoiler Alert: Plot details for “X-Men: Apocalypse” are ahead.)

Wolverine is easily the most popular character in the mainline “X-Men” movie franchise — so it’s always notable when he doesn’t play a major part in one of the films.

After skipping “X-Men: First Class,” aside from a seconds-long cameo, Wolverine popped up again as the main protagonist in “Days of Future Past.” In “Apocalypse,” however, Wolverine is again relegated to a cameo appearance. But this one is pretty substantial for a cameo, and it involves a whole bunch of claw-based violence and death.

It also has a lot of long-term plot ramifications for Wolverine as a character, and it sets up his new personal arc in this rebooted “X-Men” timeline. Judging by “Apocalypse,” the story of Wolverine now is very different from what it was prior to “Days of Future Past.”

Also Read: 'X-Men': Everything You Need to Know About the Timeline Before Watching 'Apocalypse'

We first meet Wolverine in “Apocalypse” when Mystique, Beast, Quicksilver and Moira MacTaggert are taken by subvillain William Stryker to his research base at Alkali Lake (which you’ll recall as the setting for much of “X2”). Young Jean Grey, Scott Summers and Nightcrawler are trying to break their friends out, and they stumble onto Wolverine’s cage. Jean Grey opens the cage to distract some guards who are hunting for them, but the distraction goes a little too well, with Wolverine (wearing some kind of electronic apparatus on his body and head) going on a rampage and slaughtering everybody he encounters.

The staff and guards at the Alkali Lake base refer to Wolverine during this sequence as “Weapon X.” This is the code name for what Stryker always planned for Wolverine — he wanted to use mutants as weapons. In this version of the timeline, he apparently has succeeded, at least to some extent, as Wolverine is a totally feral killing machine and devoid of any humanity.

What’s really big about this sequence is how it shows the way the timeline has diverged for Wolverine himself since he changed history in “Days of Future Past.” In the previous timeline, Wolverine’s interactions with Stryker and the Weapon X program took place in the 1970s, culminating in the events of “X-Men Origins: Wolverine” in 1979.

In that film, Wolverine, having received his adamantium skeleton and claw upgrades voluntarily, was able to avoid being turned into Stryker’s weapon and broke free from the program, going on the run until the events of the original “X-Men” movie.

“X-Men: Apocalypse,” however, takes place in 1983, and Wolverine was again recruited into Weapon X, but this time he’s still a part of it four years after he escaped it in the old version of his history.

Thanks to Jean Grey and pals, he does manage to escape at the end of the Alkali Lake sequence, apparently calmed in some way by Jean’s psychic powers. And the next standalone “Wolverine” film, currently filming and scheduled for release early next year, will pick up sometime after this.

The post-credits stinger for “Apocalypse” provides some hints as to what’s next for Wolverine. It shows a mysterious man in a suit visiting the carnage at Alkali Lake and retrieving a Weapon X blood sample. The man places the sample in a briefcase with the words “Essex Corp” imprinted on the outside. Essex Corporation is run by a man called Nathaniel Essex, who is better known in comic book lore as Mister Sinister.

In the comics, Mister Sinister had a sort of shadowy involvement with Weapon X, as he was using the program basically as a farm to enhance mutants that he could then experiment on. Mister Sinister himself is known to have received his own superpowers from Apocalypse himself, which doesn’t happen onscreen in the film. So whatever interpretation of the character that will be seen in the James Mangold-helmed “Wolverine” movie remains to be seen. For more on Mister Sinister and Essex, check out our more detailed explainer.