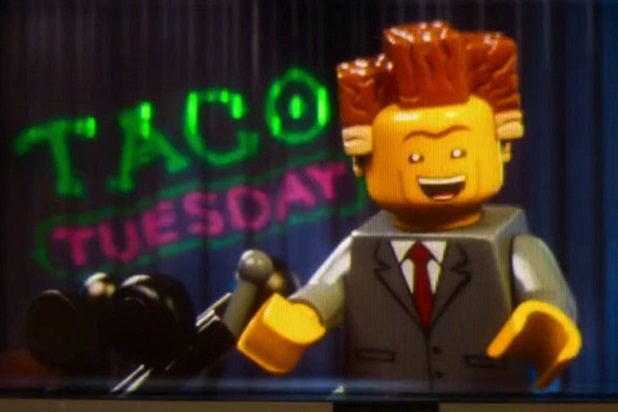 “The Lego Movie” continues to own the February box office, posting a $7.3 million Friday that puts it on course for a third weekend in the $33 million range.

Warner Bros.’ 3D animated comedy remains in a market-high 3,890 theaters and was crushing two wide openers and dominating as it headed for its third consecutive weekend triumph.

The studio and producing partner Village Roadshow on Friday set May 26, 2017, for a follow-up to their Hasbro toy-based blockbuster, which has rolled up $159 million domestically since opening on Feb. 7 and more than $215 million worldwide.

Also read: Why Disney Fired John Lasseter – And How He Came Back to Heal the Studio

Relativity’s Kevin Costner spy thriller “3 Days to Kill,” directed by McG, was a distant second and is looking at a $12 million first weekend after taking in $4 million on Friday. Amber Heard, Hailee Steinfeld and Connie Nielsen co-star in “3 Days,” which opened in 2,872 theaters.

Both are in line with low expectations, but “Three Days to Kill,” from Luc Besson‘s EuropaCorp, cost just $28 million to make, while Constantine’s “Pompeii,” which Sony is distributing, cost at least $80 million to produce. Both new films received so-so “B” CinemaScores from first-night audiences

With “Robocop” fourth, “Monuments Men” fifth and “About Last Night” sixth, Sony-backed films had the next three spots, as well.

Kevin Hart’s “About Last Night” was one of two romance remakes that did great on Valentine’s Day last week but took their lumps on Friday.

Disney’s animated blockbuster “Frozen” upped its domestic total to $380 million after adding another million dollars Friday, and should skate to a $5 million 14th weekend. Its global total is over $960 million.

The lyrical tale of a young man who loves airplanes and goes on to develop the Japan’s World War II fighter plane the Zero brought in $82,140 from 21 theaters. That’s a solid $13,496 per-screen average for the film, which Disney will open nationwide next weekend.

The overall weekend was running about 25 percent ahead of last year’s comparable weekend, when “Identity Thief” was tops with $14 million in its third week. Two Universal holdovers — “Ride Along” and “Lone Survivor” — rounded out the top ten.