Writer-director Dan Mirvish takes all kinds of chances with “18 ½,” a wayward, very pedestrian film set in the early 1970s against the background of the Nixon administration. “18 ½” attempts to be part cloak-and-dagger thriller, part romantic comedy, part screwball comedy, and part mood piece, and its plotting is slapdash, to say the least.

Willa Fitzgerald (“Reacher”) plays Connie, a young and uptight secretary whose job it is to transcribe audio tapes for the US government. We first see Connie in a car as she listens to a radio report about the tapes that Nixon made and how there is an 18 ½ minute gap on one of them; there is a slow zoom out from her face as the male voice on the radio drones on and some music on the soundtrack starts to seep in, and all this layering seems to be preparing us for a paranoid mystery of some sort.

Connie meets up with a reporter named Paul (John Magaro, “First Cow”), and there are cumbersome flashbacks to her sitting in her office and accidentally hearing some of the supposedly missing 18 ½ minutes from the Nixon tape. Her explanation for why there is a second tape with these missing minutes does not sound too plausible, but it swiftly becomes clear that Mirvish is not interested in narrative but more drawn to ambiance and the relationships between the people in front of his camera. 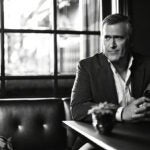 Mirvish has been making low-budget movies since the mid-1990s, and at the start of his career he got to know Robert Altman, who offered some advice and mentorship. The influence of Altman is very apparent in “18 ½”: Mirvish tries for those slippery slow zooms that Altman loved — even the Altman visual tic of a slight zoom into an object followed by a cut that comes quicker than you expect — and he also attempts an Altman-esque feel of play with his cast, but these attempts fall painfully flat nearly all of the time.

As in Altman’s “The Long Goodbye,” there is a kind of hippie chorus floating around in “18 ½,” and Mirvish tries to get them all talking together around the edges of the story as Connie and Paul check into a motel to listen to the tape, but he can’t seem to get a performing rhythm going with his players. Richard Kind does his best to enliven his scenes as a manager of this motel, who wears an eyepatch and says, “I’m not for everyone,” but the comedy keeps dying on the vine here, and the romance between the leads never believably flowers. 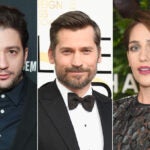 Connie tells Paul that her husband died in Vietnam, a key scene that is rushed through and played nearly in silhouette, which blunts any impact it might have. And then “18 ½” really goes off the rails once Connie and Paul need to find another recorder to play the tape on (this feels as contrived as any other plot point here) and visit a nearby couple, Lena (Catherine Curtin, “Stranger Things”) and Samuel (Vondie Curtis-Hall).

Mirvish lets Curtin and Curtis-Hall take over the movie for quite some time in scenes that play like extended improvisations, and these go on for so long that any narrative tension from the first effective scene of Connie in her car is forgotten. Curtin wears an obvious wig, does a vaguely European accent, and swans around without purpose, while Curtis-Hall is far more grounded and tries to supply an air of menace, but this scene between the couples goes on and on and stops the movie dead. 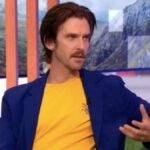 Altman gathered his actors together and relied on their chemistry with each other and on their own inventiveness to make his movies what they were, and so his work was heavily dependent on the inspiration of the moment, which is why his best work is so distinctive and insightful and even magical and why his worst work is so poor.

It is clear that Mirvish is hoping for such chemistry and inspiration to make “18 ½” come alive, but none of his ingredients work well together, and so it is finally difficult to care about or even follow his narrative, which by the end throws in an unconvincing physical fight and a red herring about Howard Hughes before at last giving up and coming to an unsatisfying conclusion.

18½- trailer from Sonder Entertainment on Vimeo.