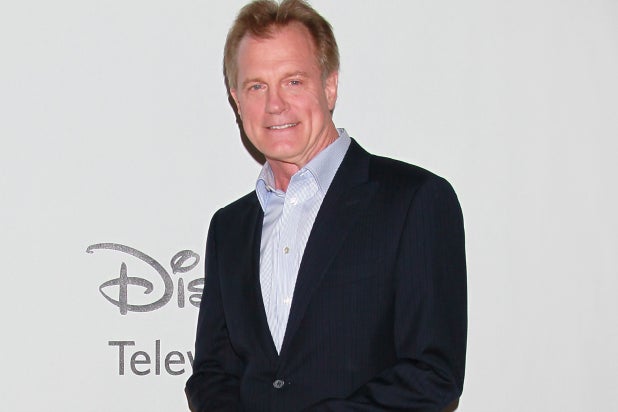 TMZ posted an audiotape on Tuesday morning that includes 67-year-old Collins apparently confessing to molesting up to three underage girls during a therapy session with his estranged wife Faye Grant.

Grant is believed to have secretly recorded the conversation — an act that’s reportedly legal in the state of California if done in the name of gathering evidence against a person who has committed a violent felony. Collins first filed for divorce from Grant in 2012.

The New York Police Department is now conducting an active criminal investigation into Collins. “There is a formal complaint on file and the incident is being investigated by the Manhattan Special Victims Squad,” a rep for the NYPD tells TheWrap.

In the audio, it’s clear that Grant knew ahead of time that Collins had committed these alleged felonies. The actor makes reference to some sort of he’s made previously to his wife, which could be key evidence against him should it come to authorities’ attention.

Collins goes on to provide details regarding the molestation of an 11-year-old girl who was related to his first wife. He says that he exposed himself to her when she was between ages 11 to 13, and that, “There was one moment of touching where her hand, I put her hand on my penis.”

“How did you talk to her? What kinds of things did you say?” she continues.

“What is it that you are looking for?” the therapist tries to interject.

“The exposure happened a couple of times,” he replies.

See video: ‘The View’ Debates Whether Lena Dunham Is a Comedian After Controversial Molestation Joke

Collins also mentions molesting “the niece of the woman who lived across the way” from them in their neighborhood in L.A., to whom he claims he made amends 12 to 15 years ago, as well as a girl from New York City — hence why the NYPD is involved. According to TMZ, two NYPD Special Victims Unit detectives reportedly flew to L.A. last week to interview Grant.

TheWrap has reached out to both a publicist and manager for Collins, but hasn’t heard back yet as of publication.

Collins played Rev. Eric Camden on “7th Heaven” for 11 seasons from 1996-2007, which aired on the WB and later the CW. In the series, the minister played a father of seven, who navigated his piety and real-life issues in each episode. The show launched the careers of future stars Jessica Biel and Beverley Mitchell.

In a creepy coincidence of life imitating art, Collins played a father who has a sexual relationship with his teenage babysitter in the 1996 Lifetime movie “The Babysitter’s Seduction,” which co-starred Keri Russell. Ironically, he also appeared on an episode of “Law & Order: Special Victims Unit” in 2008.

In recent years, Collins has also appeared in the NBC series “Revolution,” the ABC Family series “The Fosters,” and the Lifetime series “Devious Maids.”

Although it’s unclear how TMZ obtained the audio, it’s not uncommon for parties involved in contentious legal battles to leak evidence to the site in order to gain a PR advantage in their case.