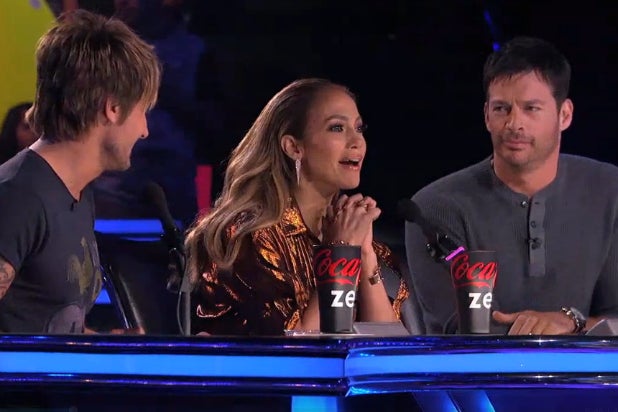 Jennifer Lopez, Harry Connick Jr. and Keith Urban may have to switch to Pepsi products: Coca-Cola and Fox are going their separate ways after a 13-year run as “American Idol” sponsorship partners.

“Coca-Cola and Fox have mutually decided to end their 13-year ‘American Idol’ partnership,” the two companies said in a joint statement. “We look forward to working together on new collaborations in the future.”

Ford will returning as a key sponsor for the reality series’ Season 14, Fox added. An individual close to the situation told TheWrap that the talent show is in talks with other potential sponsors as well.

“Idol” was once a ratings juggernaut, making it very attractive for advertisers. However, since hitting the series high of a massive 12.6 Live + Same Day average rating in Season 5 in the advertiser-sought 18-49 demographic, the show has steadily dropped.

See video: ‘Glee’ Season 6 Promo Promises the Band Is Getting Back Together

In previously reported “Idol” news, Randy Jackson is exiting the program again — this time for good. Replacing him as mentor is Scott Borchetta, who is the mastermind behind Taylor Swift‘s career.

Also, the long-running Fox show will scale down to once-a-week when it hits the Top 10 this time around, host Ryan Seacrest revealed late last week. The results will come immediately following the performances.

Also read: Howard Stern to Return to ‘America’s Got Talent’

On the first night, new music-centric series “Empire” will follow “Idol” at 9 p.m.