“Atlanta” fans, rejoice. The first look at the fourth and final season of Donald Glover’s critically acclaimed series is here.

FX dropped the Season 4 teaser trailer on Friday, hinting at a final installment that is just as head-scratching and entertaining as all the rest. Following the Season 3 rollout this past spring, Glover’s “Atlanta” will be premiering its final season in September.

In the final season’s 45-second teaser, Earn (Donald Glover), Paper Boi (Brian Tyree Henry), Darius (LaKeith Stanfield) and Van (Zazie Beetz) all return to the liquor store seen in the first season, flashing back to an episode from 2016. While the teaser gathered these four characters, it doesn’t offer many hints of what is to come in the fourth installment. 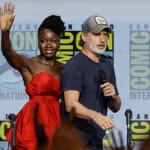 The teaser has the series’ signature surrealistic touch, and fans can spot plenty of callbacks to the earlier seasons, including the mysterious alligator from Season 2, Stanfield’s Darius riding the “invisible car” from Season 1, and Zan from Season 1’s “The Streisand Effect.”

After creator and star, Donald Glover confirmed in February the show would conclude after the fourth season, fans expressed disappointment, but Glover explained that the series “ended perfectly.”

Glover said in his announcement that originally the show was to conclude after Season 2, in 2018, but as it developed and the stories grew, Glover’s team built a show and stories they believed in. “I feel like the story was always supposed to be what it was. It really was us. Like everybody in that writers’ room, everybody on set… it really was what we were going through and what we talked about. That’s the only way I like to make things.”

“Atlanta’s” first three seasons have garnered 23 Emmy nominations and eight wins, and each season is available to stream on Hulu. The final season of “Atlanta” will air on FX in September, with next-day streaming available on Hulu. 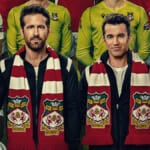