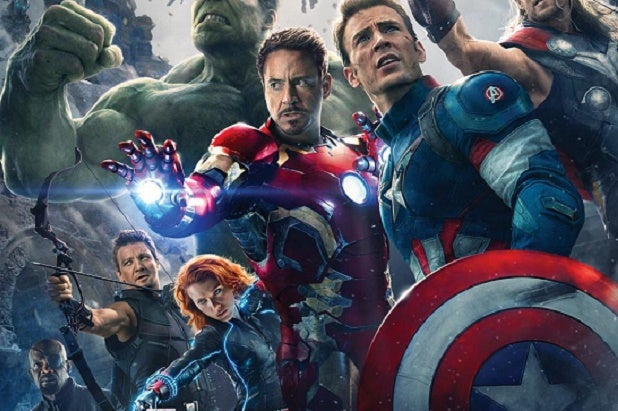 “Avengers: Age of Ultron” is already a contender to become one of the biggest movies of 2015, and the reviews it is garnering will only push it higher into the box office stratosphere.

The sequel to the Marvel megahit “Avengers” reunites the cast from the first film with Lord of All Things Nerdy, Joss Whedon, back in the director’s chair in addition to writing the script. The majority of critics appear to appreciate his efforts, as the blockbuster has scored a 76 percent approval rating on Rotten Tomatoes.

While some took issue with the glut of cameo appearances by future Marvel stars, most critics agree that Whedon’s ability to emphasize the human side of the superhuman is worth the ticket price.

See photos: 10 Horrible Marvel Movies - Before It Took Over the World

“The ensemble cast (which also includes Don Cheadle, Stellan Skarsgård, Linda Cardellini and, of course, Samuel L. Jackson) knows exactly what they need to do and delivers it with a minimum of fuss,” TheWrap‘s Alonso Duralde wrote in his review.

“[The] scene-stealer of the bunch turns out to be Spader, who makes Ultron one of the screen’s drollest destroyers of worlds,” Duralde added. “Ultron is menacing but never unmotivated, and Spader knows just how to give Whedon’s dialogue the right lilt to make it both witty and terrifying.”

Also read: 'Avengers' for Dummies: Everything Newcomers Need to Know Before Seeing 'Age of Ultron'

He was not alone in his praise of the film’s characters. Here are some of the best reviews from around the web.

“As he proved in Buffy the Vampire Slayer, Firefly, and other shows, Whedon can find the perfect balance between adolescent hero-worship and smartass banter…His characters make superheroic declarations and then deflate their own pomp, the jokes stopping just short of camp out of respect for the underlying myths.”

“Writer-director Joss Whedon continues to explore the challenges of teamwork and heroism, without losing a beat of action or a single quip. If anything, there’s more of each, done better. Heck, Eugene O’Neill gets a shoutout. Whedon is also attuned to the twisted roots of villainy. ‘Age of Ultron’ provides a few versions: the ache for revenge, ye ol’ desire for world domination, and the good technological intention gone terribly awry.”

“Mr. Whedon is a sensitive director of actors, as he showed for years while shepherding ‘Buffy the Vampire Slayer.’ His characters banter and quip like screwball loons while parading their cultural literacy (here, someone name-drops Eugene O’Neill), but these are linguistic fig leaves for men and women who feel and hurt deeply.”

“Beneath the thoughtful ridiculousness and blithe sound and fury of ‘Avengers: Age of Ultron’ lies the core idea that drives this whole hugely profitable franchise. You see, these people are just like us, only more awesome. They crack wise on one another and drop pop culture references amid the mass destruction. They go out for drinks together and get jocular. Their egos need feeding, and they yearn for stability.”

“But as before, the greatest fun is in watching the original Avengers, all fine actors who’ve made the characters their own. Robert Downey Jr. continues to play Tony Stark/Iron Man like improvisational jazz; his little, just-for-himself ‘yea!’ upon finding a secret door is priceless. Chris Hemsworth’s fish-out-of-water Thor continues to occupy his own world, except for a throwaway moment near the end where he notes, perplexedly, ‘I’m running out of things to say!'”

“[All] these interludes from the main action are where ‘Age of Ultron’ works best, and where the abundant talents of the actors — as fine a team of thespians ever to dress up in leather, Spandex, body armour and war paint — are showcased to best advantage. A scene in which the Avengers each take turns trying to lift Thor’s divine hammer is hilarious just to contemplate, especially for those of you who are Jung and easily Freudianed.”

“‘Age of Ultron’ is a much more confident work — you can feel Whedon’s artful stamp on every frame — even though it’s bigger in scale and introduces several characters, including the superpowered twins Quicksilver (Aaron Taylor-Johnson), who could beat the Flash in a footrace, and the Scarlet Witch (Elizabeth Olsen), who can mess with the minds of her opponents.”