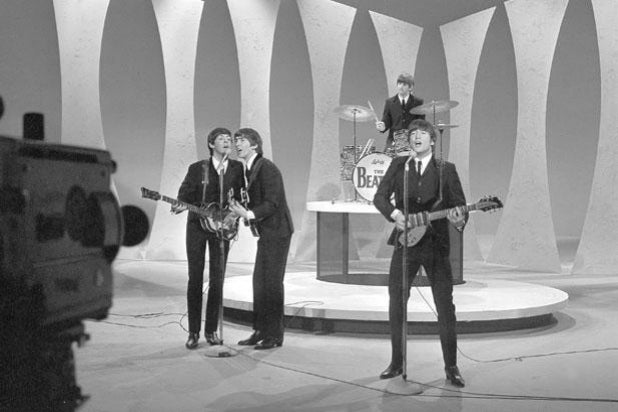 Whatever happened to “All You Need Is Love”? Oh yeah, right — not where busines is concerned.

Music publisher Sony/ATV has been slammed with a $100 million lawsuit over a documentary about the Beatles’ first concert, according to court papers obtained by TheWrap.

See video: Paul McCartney Has Nightmares About Playing With The Beatles

The Beatles’ Apple Corps Limited is also listed as a defendant in the lawsuit.

Ace Arts claims that Sony/ATV sabotaged its film “The Beatles: The Lost Concert” by asserting “spurious copyright infringement threats with respect” to the film, which explores “the inital impact of the Beatles in America from the vantage point of the group’s first concert, held on February 11, 1964 in Washington, D.C.”

According to the suit, filed in U.S. district court in New York last week, the company that filmed the concert allowed the film to be transferred without copyright protection, and that no copyright was ever filed on the performances, putting them in the public domain.

Also read: An Unvarnished View of the Beatles – Told by Their Secretary, Good Ol’ Freda

According to the suit, the box office gross for the film “was reasonably projected to be over $50 million.”

The company had previously filed suit over the film in California, though that suit was dismissed.