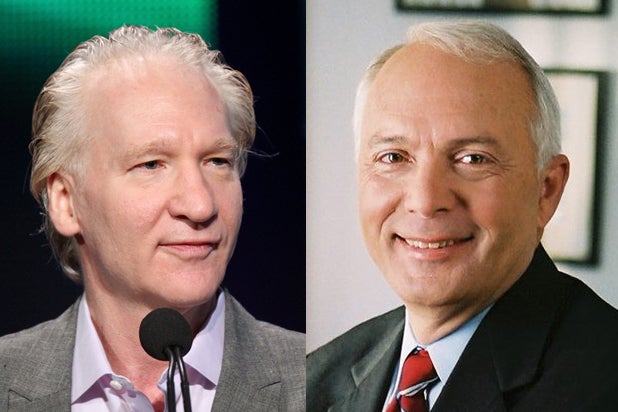 “Real Time” host Bill Maher made headlines Friday when “Gone Girl” actor Ben Affleck blew up at him during a discussion of the terrorist group ISIS and Islam.

The HBO host and author Sam Harris argued the religion was too tolerant of violence, which angered Affleck. He thought the characterizations were bigoted. The two of them descended into a heated exchange that made many headlines over the weekend.

But in a recent discussion ahead of Friday’s appearance by Affleck, Maher told TheWrap he has tons of respect for the actor and his political views.

See video: Fox News’ Brian Kilmeade Says Ben Affleck Is Right: ‘Not Every Muslim Is Out to Get Us’

The discussion, which touched upon the intersection of Hollywood and politics, was focused on his show’s efforts to unseat a tenured Congressman on Nov. 4.

The “Real Time” campaign called Flip a District started last season when his HBO show launched a tournament to determine which Republican Congressman was most worthy of being ousted in the November midterm elections, which are often overlooked by voters because there are no Presidential candidates involved.

Maher and his viewers slowly whittled down the field and finally decided upon what they felt was its most egregious offender: Congressman John Kline, from Minnesota’s 2nd district.

That was phase one. Phase two is getting someone else elected in his district.

Maher is so deadset on unseating Rep. Kline that he has just traveled north to fight him on his own turf. The television host will head up an un-televised panel Tuesday evening, which includes Minneapolis Mayor Betsy Hodges, at The Grand Event Center in Northfield, Minn.

But that’s just the beginning. Here’s what else he told TheWrap about Flip a District and Hollywood politics in general…

To your knowledge, has anything like Flip a District ever happened before in television?
To my knowledge it has not. We’ll see how it goes, but I am so far very gratified at the response.

It’s going well so far?
People are excited in the district. We’re starting to really see it. We announced I’m coming there next Tuesday, to do a little town hall-y type thing with a panel, and people are excited.

I really think people are starting to understand the main message we’re putting out there, which is this guy John Kline is so symbolic of so much of Congress in that he just wins by being an incumbent who hides. People don’t know who he is, don’t know how he votes, don’t know what he’s all about — and that’s just the way he likes it.

It’s amazing how he disappears completely right before the election. You’d think it was the time people would really want to be out there, but no he wants the opposite.

It’s endemic of the Republican strategy, which is always ‘less voting.’ That’s all they’ve got. Change the rules and get people to vote less.

So, is your strategy to convince Republicans to support someone else or to motivate liberals to come out and vote?
It’s tough to get Republicans to switch over to vote Democrat. It’s funny because even when you tell Republicans what the issues are, where they agree with you as opposed to the Republican candidate, they still vote Republican.

Is the Flip a District experiment only a success if Representative Kline is unseated?
No, absolutely not. Going in we knew it was a bit of an uphill battle — by the way, we could’ve picked an easier candidate — but we wanted to pick the guy who is representative of what we think is the biggest problem in Washington.

He’s not [Tex. Rep.] Louie Gohmert, he’s not [Minn. Rep.] Michele Bachmann, he’s not [Iowa Rep.] Steve King. He’s not one of these guys who says crazy stuff about legitimate rape or immigrants with calves the size of cantaloupes. That’s not John Kline. He’s a quiet back-bencher who doesn’t say crazy things, who doesn’t draw attention to himself. That’s how he wins — people just don’t know who he is.

But when you look at his voting record – it’s exactly the same as the lunatic triumvirate of Bachmann, Gohmert and King. He doesn’t talk like them, but he votes as crazy as they do.

What if you do win, then what?

Well… Not to sound like one of the politicians that I hate, but we will broach that bridge when we come to it. (laughs) But no I haven’t thought about that.

Do you think Hollywood A-listers have an obligation to get involved politically — to back a candidate or to talk issues on social media?

No, I don’t. In general I feel that anybody, whether they’re in show business or not… if they live in a democracy it depends on them being informed. Nothing drives me crazier than people who think that by not knowing anything about politics they’re actually superior or more pure because ‘politics is dirty.’

Well, it’s dirty because people like you don’t know anything and don’t get involved. That’s why John Kline and people like that get away with what they get away with. That pisses me off when people are uninformed and it makes them superior.

But I understand not everyone is interested in politics. Just be somewhat informed, enough to go into the voting booth and make the right choice or the choice thats true to you.

But as far as getting people to speak out if they’re in show business, no, no, there are very few people qualified to do that.

You’ve been in the political entertainment biz for over 20 years, why wait until now to Flip a District?
Just thought of it. (laughs)

We were just kicking some shit around one day and we were like, you know what, lets try to flip one. Let’s shine a light on one asshole. Don’t make it about the opponent — as of a week ago, I didn’t know who the opponent was.

But you still haven’t met with the other guy?
I only learned about him after I picked Kline and he accused me of walking hand in hand with this guy I never heard of.

I said it a couple of times and I want to make it very clear: This campaign we’re doing does not endorse any candidate. Our purpose and our attitude is completely negative. (laughs.)

Also read: Ben Affleck in Negotiations to Play Assassin in WB’s ‘The Accountant’

How do you like your odds on election day?
I would say we’re less than 50/50, but we’re not out of it. We have not yet begun to fight.

Ooh, tell me about the fight!
We have not yet begun to tweet is what I should’ve said. I really haven’t started tweeting about it, but I’m going to start very soon. I wanted to wait until a month out because I always complain that elections are too long. They should only go on about a month. because that’s all you really need. That’s all the time people pay attention anyway.

Yeah, attention spans are short –
So short. Nobody is paying attention. We have these perpetual election cycles that literally go on for years. Hillary Clinton is already running and several Republicans are running, whether they announce it or not. So I thought I’d wait until a month out before the election when people start paying attention, so I don’t lose them or over-saturate them. I’m going to start tweeting about it and that should hopefully get people more involved.

“Real Time With Bill Maher” airs Fridays at 10 p.m. ET. For more on Flip the District, visit the site.