Marvel Studios’ “Black Panther: Wakanda Forever” did most of the heavy lifting at the box office over the Thanksgiving weekend, with $64 million grossed over the five-day period that accounted for roughly half of the weekend’s estimated $133 million overall gross.

With a running domestic total of $367 million after three weekends, “Black Panther: Wakanda Forever” is now approximately 7% ahead of the domestic pace of last spring’s Marvel movie “Doctor Strange in the Multiverse of Madness” and should cross the $400 million mark by next weekend along with passing $700 million worldwide.

But the biggest shock of the weekend is Disney’s “Strange World,” which is turning out to be one of the biggest bombs in the history of the famed animation studio, with a five-day opening of just $18.6 million. It is an opening on par with the $16.5 million made by Disney’s infamous 2002 bomb “Treasure Planet,” and keep in mind, the total for that film is before inflation adjustment. 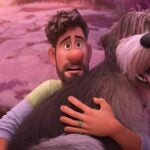 International markets offered no help for “Strange World” either. Between competition in theaters from “Wakanda Forever” and from the FIFA World Cup outside of it, the animated film grossed just $9.2 million from 43 overseas markets, giving it an anemic global launch of just $27.8 million. The film also did not get a release in China, Russia, Middle East or France, the latter due to local windowing requirements.

The final nail in the coffin is the film’s B CinemaScore, weighed down by adult moviegoers, meaning that the film isn’t drawing in enough families or getting strong enough word-of-mouth from general audiences to leg out.

“Strange World” followed in the footsteps of Disney animated films like “Moana” and “Encanto” as a Thanksgiving weekend release, but was expected to do worse than either of those with pre-weekend projections topping out at $30 million. As we noted last week, the film was squeezed in between Disney’s marketing strategies and popular interest in “Black Panther: Wakanda Forever” and “Avatar: The Way of Water,” and the film’s cast of a family of explorers didn’t lend itself to Disney’s usual marketing focus on photogenic heroines or fantastical protagonists like Wreck-It Ralph or Baymax. 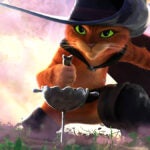 Without the usual big Disney opening to boost numbers, the Thanksgiving period suffered as the adult offerings that were also released in theaters couldn’t carry the load even compared to last year, when films grossed $142 million. The strongest of the bunch is believed to be Netflix’s “Glass Onion,” the sequel to Rian Johnson’s 2019 mystery “Knives Out.”

While Netflix isn’t reporting box office numbers, distribution insiders believe that the film has collected $12 million-plus in ticket sales over the five-day weekend from 698 theaters. Netflix, which paid over $460 million for Rian Johnson to make two “Knives Out” sequels featuring Daniel Craig as Southern detective Benoit Blanc, is giving the film a limited engagement in theaters before releasing it on streaming around the holidays.

In fourth is Sony’s “Devotion,” a Korean war film that is meeting projections with a $9 million five-day opening from 3,405 theaters. Starring Jonathan Majors and Glen Powell, the film has received an A- on CinemaScore to go with a 79% Rotten Tomatoes score and will now try to leg out among older moviegoers, though it has been difficult for films with serious subject matter to get a foothold theatrically. 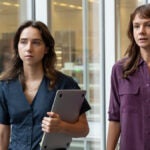 Searchlight’s horror film “The Menu” completes the top five in its second weekend, taking in $7.4 million over the extended weekend. The gory satire of fine dining is trying to appeal to younger audiences, mostly in coastal cities, who have turned out this year for specialty films like “Everything Everywhere All at Once” and “Pearl” that provide a different flavor of big screen spectacle. “The Menu” has a running domestic total of $18.7 million.

Other specialty films that opened outside the Top 5 include MGM’s “Bones and All,” a cannibal horror romance starring Timothée Chalamet that opened to $3.6 million, and Universal’s “The Fabelmans,” the Oscar contender from Steven Spielberg that expanded nationwide to around 638 theaters and earned $3.1 million.