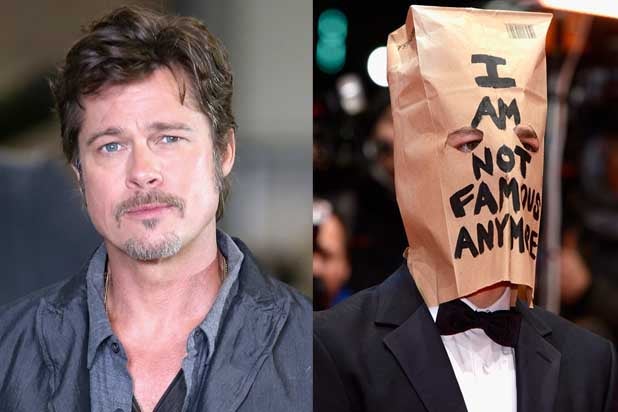 Brad Pitt thinks Shia LaBeouf is “one of the best actors” he’s ever worked with, despite those reports that the two men did not get along on the set of upcoming war movie “Fury.”

The praise from such a respected movie star comes at a good time for LaBeouf, who pleaded guilty earlier this month to disorderly conduct charges in New York City, where he was arrested in June for disrupting a performance of “Cabaret.”

The deal LaBeouf struck with prosecutors requires the 28-year-old actor to continue receiving alcohol treatment, which he began voluntarily, for the next three months.

Before that, he was entangled in a plagiarism scandal that spawned intense media scrutiny, and a strange apology campaign from the actor, as well as an even stranger art exhibit.

LaBeouf is notorious for his method approach to acting. His “Lawless” costar Mia Wasikowska,”nearly bailed on the movie,” LaBeouf once said, because of his intentional binge drinking to prepare to play the role of a moonshiner. Wasikowska confirmed LaBeouf’s tales to be “all true.”

Rumor has it that LaBeouf ripped out his own tooth on the set of “Fury,” a World War II tank drama written and directed by David Ayer (“End of Watch”), and refused to shower to “better understand how his character would have felt living in the trenches.”

The behavior reportedly bothered Ayer, Pitt and the rest of the cast and crew to the point where LaBeouf was sent to stay in a different hotel.

Pitt did not comment on the allegations just yet, but history has taught us that LaBeouf’s co-stars tend to eventually open up about his antics to the media.