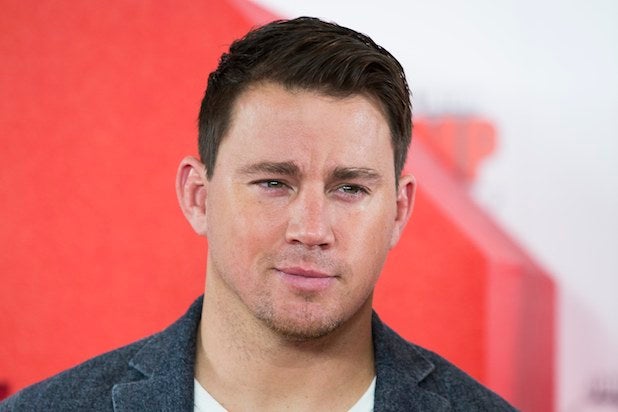 Channing Tatum and Shia LaBeouf were, apparently, a very bad influence on each other when preparing to film 2006 drama “A Guide to Recognizing Your Saints.” And haven’t seen each other since.

In response to LaBeouf’s “made up” account of vandalizing a New York City bookstore together, Tatum told GQ his version of events, which includes drinking, breaking windows, punching cop cars and hiding from said cops in a pile of garbage.

LaBeouf, who played the lead in director Dito Montiel’s coming-of-age film, told GQ in 2008 that Tatum ordered him and co-star Peter Tambakis to break into a Barnes and Nobles and steal a Spider-Man bookmark. And when they didn’t, he did.

“Yeah, but none of it was true,” Tatum said in the June issue. “We were drinking. And I think our initial thing was ‘Alright, let’s go out and try and get in a fight!’ This was just young dumb idiot actors thinking that that’s going to bond us. Because we’ll shed blood together blah blah blah. Just stupid actors thinking that they have to try and be method.”

“I’m not saying anything about method actors, but to go and try to fight somebody to become the character? I think that’s a little immature, in hindsight. But it felt real and sort of visceral at the time,” Tatum continued. “But I don’t have any problem saying that I don’t know what the hell story he was telling in his interview. I really don’t. I’ve never seen him since then.”

LaBeouf’s tale may not be entirely tall, though.

While Tatum said he didn’t bash in any bookstore windows, he did admit to smashing another.

“I definitely kicked in a window that night. But it wasn’t Barnes and Nobles. Just a window. I was running,” Tatum said. “We were just running and being hoodlums and throwing trash bags down streets and just being stupid. We were trying to be like eighties hoodlums. And I think as we were running I kicked this thing, not thinking that it would ever shatter. And everything just went raining down. And I was like ‘oh shit.’ And then we just took off running.”

The wild night escalated when LeBeouf “punched a cop car.”

“We all just ran in opposite directions. I didn’t hide under a car, I dove in some trash bags,” Tatum said. “In hindsight it’s the funniest thing in the world — just typical actors trying too hard. It’s only fun because we didn’t get caught … that I can have perspective on it now and know it was stupid. I don’t think we were thinking.”

Tatum is now a married father whose star continues to rise with every project he signs on for, including an upcoming spinoff for “X-Men” character Gambit.

LaBeouf, however, has courted controversy for plagiarism and other erratic behavior stemming from the media coverage, including a new catchphrase: “I am not famous anymore.”

He was seen earlier this year in Lars von Trier‘s sex drama “Nymphomaniac,” and will return to the big screen alongside Brad Pitt in director David Ayer’s World War II drama “Fury,” which hits theaters on Nov. 14.

“The kid’s an incredible actor,” Tatum said. “I just wish that he would just act. Just act, man!”

Tatum stars in “22 Jump Street” in June, followed by “Jupiter Ascending” in July.