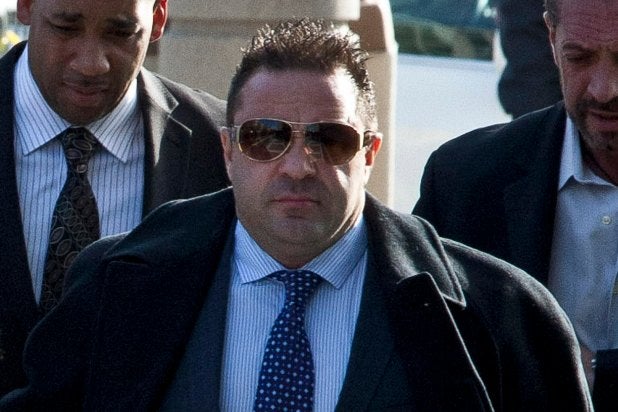 “Real Housewives of New Jersey” reality star Joe Giudice returned to court Wednesday and initially rejected a plea deal in his state fraud case that would allow him to serve prison time concurrently with his upcoming 41-month sentence in his federal fraud case. But then shortly after Giudice told Judge Adam Jacobs that he changed his mind and wanted to rethink his choice.

Giudice risks serving 10 additional years in prison if he chooses to go to trial. He told the court he wanted to discuss the matter with his attorney, Miles Feinstein. The hearing was scheduled to reconvene at 2:30 p.m.

Prosecutors say the reality TV star used his brother’s I.D. to obtain a new driver’s license in New Jersey after his own was suspended due to a DUI.

As TheWrap previously reported, Joe Giudice was sentenced to 41 months in a separate federal fraud case earlier in October, charged with mail fraud, wire fraud, bank fraud, bankruptcy fraud, making false statements on loan applications and failure to file tax returns. His wife, Teresa Giudice, will serve 15 months in prison starting in January 2015. The couple will serve their sentences separately so that one parents will be able to be there and raise their four daughters.

The Star-Ledger reported that Giudice told photographers gathered outside the Paterson courthouse, “If you don’t get out of my face, I’m gonna kick every one of youse in the head.”