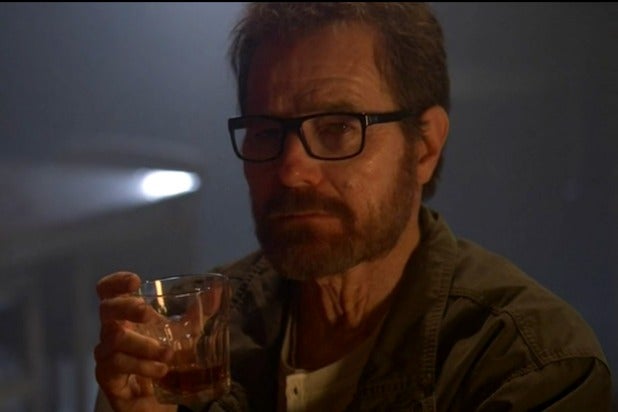 (Spoiler alert: Don’t read this if you aren’t caught up on “Breaking Bad”)

Last night’s penultimate “Breaking Bad” did something I never thought would be possible again: It made Walter White sympathetic again.

Holed up in New Hampshire, isolated, dying of cancer, he felt like a character in one of the grimmer Stephen King novels: haunted by his own failings, cold, guilty, hopeless. He was James Caan in “Misery,” and the Kathy Bates holding him hostage was his past.

How did he get here? Generally, because crime doesn’t pay, unless you keep it under the table. More specifically, because of a vacuum cleaner specialist (an excellent Robert Forster) who doubles as a disappearer. The vacuum he has built this time was in Walt White’s — nevermind. You get it. Was there ever a sadder moment in “Breaking Bad” than Walt paying him $10,000 to play cards for an hour?

Don’t answer that yet.

“After someone has murdered people and lied to his family and his good friends and ruined people’s lives, that’s an awful tough road to come back from,” he told TheWrap before the final episodes began airing. “I don’t know that he could. And I can’t even promise that he’ll try.”

On Sunday’s episode, entitled “Granite State,” Walt came close to trying. He nearly turned himself in with an elegantly simple payphone call. And then we got a nice return cameo from his former Gray Matter Partners, and Charlie Rose – and Walt’s ego kicked in again.

That final scene of the sheriff closing in on the saloon, to find only Walt’s whiskey glass? Set as it was in the Deep North, that was a classic Western scene. Walt’s heading for a shootout at the Nothing’s OK Corral. And now – because Walt had it so bad – we’re rooting once again for the man in the black hat.

Because his enemies are even worse. They’re wearing black masks.

I wrote last week that “Breaking Bad” can’t possibly end with a faceoff (not that kind of faceoff) between Walt and Jack’s gang because Jack is simply too lame a villain.

Well. It turns out the most evil person on the show has been hiding in plain sight.

Todd – ah yes, that fresh-faced sociopath who killed a child – has become the person on the show we hate the most. He sealed it with his brutal, cruel, and wholly unnecessary murder of Andrea. When I asked if there was ever a sadder “Breaking Bad” scene than Walt’s $10,000 card game, the answer was no. Andrea’s death was the saddest thing ever to happen on the show. She was killed merely for being a good, pure person who Jesse cares about. Todd also threatened Walter’s wife Sunday. And his daughter.

What makes Todd so evil? The fact that he’s so good at doing what Walt does best, which is compartmentalization. Walt agonizes a bit every time he commits some new wrong. As he told Flynn, things happened that he never intended.

But Todd just makes a quick calculation, usually a sadistic one, and kills someone. Walt at least commits his murders in messy ways – bike locks, exploding wheelchairs. He has to disintegrate the occasional body. But Todd just points his little gun and shoots. No fuss. No regrets.

We most dislike people when they remind us of some bad part of ourselves. Todd is the most purely synthesized form of Walter White, and Walt has to know it.

We can root for Walt again because as bad as he is, there’s someone worse out there. We want Jesse to be free. And for Brock to have some kind of life. We want Flynn and Holly to have decent lives, too.

But Walt has had a role in killing so, so many other people’s children. Not just letting Jane choke to death, but manufacturing meth. He has to know that the deaths of his own kids would be the most perfect retribution for all he’s done.

He may need to die for them to live.

One last note: This episode was written and directed by Peter Gould, who created Saul Goodman (the wonderful Bob Odenkirk) and will likely run the “Breaking Bad” spinoff “Better Call Saul.”

I feel/hope like Gould was setting Saul up for something good. His exit last night reminded me of nothing more than Han Solo’s goodbye in “Star Wars,” when he decided to take his money and stay a step ahead of the bounty hunters on his trail. And then he returned at the last second to take out Darth Vader’s Tie Fighter, just when Luke needed him most.

Walter White is no Luke Skywalker. But I could see Saul pulling a Han Solo. It would make me happy, especially if it saves some kids.