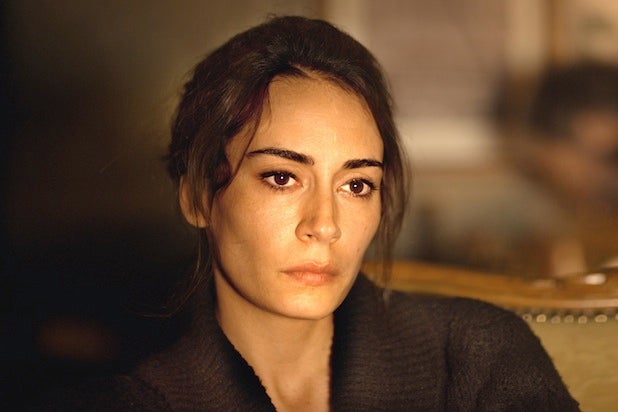 Nuri Bilge Ceylan’s austere, three-hour-and-16-minute drama “Winter Sleep” has won the Palme d’Or as the best film at the 2014 Cannes Film Festival, making it the most daring and unconventional Palme winner in years.

Set in a remote, snowbound village in Anatolia and made up largely of lengthy conversations between the town’s residents as they grapple with issues of guilt and conscience, the film won largely favorable (though not unanimous) reviews and was a favorite of the jury led by Australian director Jane Campion.

“‘Winter Sleep’ is a slow, meditative, meandering work that walks a fine line between mesmerizing and unendurable,” wrote TheWrap after its first Cannes screenings. ” … This film doesn’t reward patience, it demands it. But for viewers who are patient enough, ‘Winter Sleep’ is rich, subtle and emotionally wrenching.”

Bilge had won awards at Cannes for previous films, but this is his first Palme d’Or. His was the longest film in the running by more than 45 minutes.

The competition featured a number of films with higher profiles in the American market, including Bennett Miller’s “Foxcatcher,” David Cronenberg’s “Maps to the Stars,” Tommy Lee Jones‘ “The Homesman” and Mike Leigh‘s “Mr. Turner” — but in the end, the jury opted for a challenging and slow-paced meditation from one of the most respected directors in Eastern Europe.

The film that took the runner up award, the Grand Prix, was Alice Rohrwacher’s “La Meraviglie” (“The Wonders”), another drama overshadowed at Cannes by flashier competition.

Bennett Miller was named the festival’s best director for “Foxcatcher.”

The Prix du Jury, which is essentially a third-place award, went in a tie to films from the competition’s youngest director, 25-year-old Canadian wunderkind Xavier Dolan’s “Mommy,” and its oldest, 83-year-old French icon Jean-Luc Godard’s “Goodbye to Language.”

The Russian film “Leviathan,” which many viewers thought was the Palme d’Or frontrunner, won the award for best screenplay a few hours after closing a deal for North American distribution with Sony Pictures Classics.

“Party Girl,” the opening-night film of the Un Certain Regard section, won the Camera d’Or as the festival’s best first film. The award was open to directorial debuts from any section of the festival.

While Cannes awards are typically announced on Sunday, the final day of the festival, this year’s closing ceremony was moved up one day because of European elections.