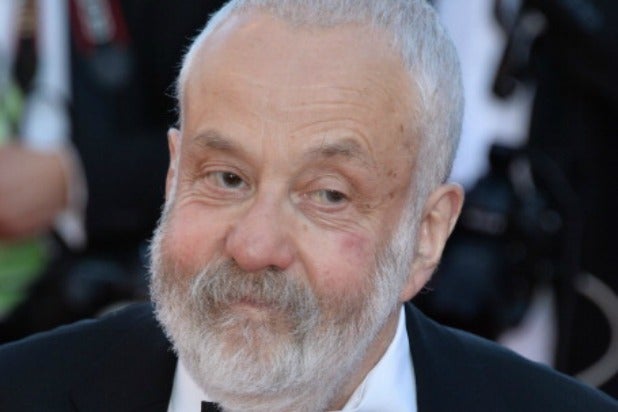 Mike Leigh may be the early toast of the Cannes Film Festival for “Mr. Turner,” his bold meditation on the life and art of painter J.M.W. Turner, but it wasn’t easy getting the film to the Croisette.

The lavish period piece was made for around $15 million. As producer Georgina Lowe told TheWrap, that’s 1 million pounds ($1.68 million) less than was spent on Leigh’s last period piece, “Topsy Turvy,” a full 15 years ago. Corners were cut at every opportunity: One particularly striking shot of horses running across a field where Turner is standing, she said, came by accident when wild horses happened to run through the frame while Leigh was shooting.

When he called “cut,” she said, the production crew exchanged high-fives at their good fortune.

Leigh said at a small press luncheon on Friday that pulling off a film that recreated the Georgian and Victorian Eras of 19th Century England in on such a small budget was satisfying, but also troubling.

“Part of me thought, maybe we should make a bad movie,” he said with a smile. “Then we could say to [the financiers], ‘See what happens when you don’t give us enough money?’

“Now they’re going to expect us to do it again.”

So far, “Mr. Turner” is the clear hit of the three-day-old festival, with Leigh returning in triumph to the place where he won the Palme d’Or 18 years ago with “Secrets & Lies.”

Critics have lavished praise on the purposefully meandering drama, in which Timothy Spall plays Turner as a man so conflicted and repressed that he speaks more often in grunts than in compete sentences. Though the Best Actor category is often brutally crowded, Spall is likely one of the year’s first legitimate Oscar contenders.

As actor admitted at the lunch, he’s also a candidate for an unlikelier honor if the film catches on after Sony Pictures Classics releases it in December.

“It’s like the fart app on your iPhone,” Spall said with a groan. “There could be the Turner Grunt App.”

While Leigh has been trying to get a Turner film off the ground for years, the 71-year-old director said his impressions of the artist growing up were limited to “landscapes, chocolate boxes, biscuit tins.” Later, he realized the range and drama in Turner’s art, and the dramatic potential in a man who was in many ways crippled socially and personally by the relationship with his mother. She was most likely a schizophrenic, and was sent to an asylum.

“The whole eccentricity of the guy — the Turner of our research almost felt like a character in a Mike Leigh film,” he said.

Leigh’s script-free films generally begin with his actors working for months to invent their characters, and then improvising situations in which those characters can interact. Though in this case he was dealing with a man with an historical record, Leigh told TheWrap that his method didn’t change.

“The film was made in the exact same process as my other films,” Leigh said. “I did what I always do, which is to do a massive amount of preparation, research, development of characters, improvisation, etc.

“And then what I always do, and this film was no exception, is that before I start to shoot the film I do a kind of structure. And then the job is to go out on location and make the film to fit the structure.”

This time, though, history dictated some small changes. “Obviously, it’s not all people having arguments on staircases and in back gardens, as sometimes my films are,” he said.  “There are all kinds of disciplines built into it. The thing you have to understand about not having a script is that we wind up with something very precise, and very scripted indeed. And that’s making the film, rather than writing a piece of literature on paper.”

Despite the Cannes praise, don’t expect the iconoclastic British director to immediately mouth platitudes when asked how he feels about the film’s rapturous reception.

“I’m tempted to say I was furious about the reaction [at the premiere] last night, that I want everyone to hate it and I don’t want anyone to see it,” he told a reporter who asked that question.

Then he shrugged. “What am I supposed to say? It’s great. You make films. They could sink into obscurity. This is the opposite. You want people to appreciate what you do, and it’s wonderful.”