“Dune,” “No Time to Die,” “Spider-Man: No Way Home,” “The Power of the Dog” and “West Side Story” have been nominated for the 58th annual CAS Awards for Outstanding Achievement in Sound Mixing for 2021, the Cinema Audio Society announced on Tuesday.

Nominees for animated features were “Encanto,” “Luca,” “The Mitchells vs. the Machines,” “Raya and the Last Dragon” and “Sing 2,” while the documentary nominees were “Becoming Cousteau,” “Summer of Soul,” “The Velvet Underground,” “Tina” and “Val.”

In the television categories, “WandaVision” led with two nominations, while “The Underground Railroad,” “Squid Game,” “Succession,” “Cobra Kai,” “The Book of Boba Fett,” “Bo Burnham: Inside” and “The Beatles Get Back” were among the other nominees.

Prior to 2021, the Oscars had separate categories for sound editing and sound mixing, and the CAS nominations were a fairly accurate indicator of Oscar success in the latter category. Last year, when the Academy combined the two categories into a single Best Sound award, all of the nominations had been nominated by the CAS, and also by the Motion Picture Sound Editors, which announced their nominations this year on Monday.

The CAS Awards are scheduled to return as a live event on Saturday, March 19 at the  InterContinental Los Angeles Downtown hotel. Also at that ceremony, Ridley Scott will receive the Cinema Audio Society Filmmaker Award and re-recording sound mixer Paul Massey will receive the CAS Career Achievement Award. 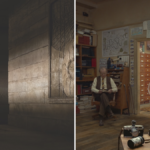 Motion Picture – Live Action
“Dune”
“No Time To Die”
“Spider-Man: No Way Home”
“The Power of the Dog”
“West Side Story”

Motion Picture – Animated
“Encanto”
“Luca”
“Raya and the Last Dragon”
“Sing 2”
“The Mitchells vs. The Machines”

Motion Picture – Documentary
“Becoming Cousteau”
“Summer of Soul (…Or, When the Revolution Could Not Be Televised)”
“The Velvet Underground”
“Tina”
“Val”