A network insider told TheWrap that during a meeting today the staff of “CNN This Morning” was informed by Ryan Kadro, CEO Chris Licht’s No. 2, that Hall would be exiting the program and moving to ‘CNN Tonight’ hosted by Laura Coates.

As TheWrap previously reported, Licht is in desperate need of solid results that can win over the trust of a weary and wary staff who have been shaken by the changes he has made since taking over the news network last spring under new corporate owner Warner Bros. Discovery. 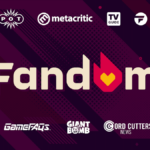 Licht fast-tracked an overhaul of “CNN This Morning” to get in front of audiences before this past year’s midterm elections. The announcement of the new trio was made on Sept. 15 and Lemon signed off from his primetime show on Oct. 8. CNN’s new morning program launched in a temporary studio set up on the “CNN Election Center” set, according to one individual close to the production, while the new production space for the show was still under construction.

A CNN representative declined to comment for this article.