This review of “DASHCAM” was first published Sept. 11, 2021, after its premiere at the Toronto International Film Festival.

In the future, when we look back at the cinema from the COVID epidemic, there will be a special place reserved for Rob Savage’s “Host.” The supernatural thriller, conceived and produced and released during lockdown, told the story of a seance performed over a friendly Zoom call, and how one person’s irresponsibility doomed everyone they knew. “Host” keyed into the most contemporary anxieties imaginable and it did so with class, cleverness, and aplomb. It was one of the best films of 2020.

Savage is back one year later with a new COVID nightmare called “DASHCAM,” a film that also takes place entirely on a digital screen — the protagonist’s phone — and also takes place smack dab in the middle of the pandemic. But this time, the protagonist, a version of Giant Drag songwriter-vocalist-guitarist Annie Hardy (played by Hardy herself), is one of the worst human beings on the internet. It’s a daring choice. But not necessarily a good one.

“DASHCAM” finds Hardy starring in a livestream called “Band Car,” the so-called “Internet’s #1 live improvised music show broadcast from a moving vehicle.” Basically, she drives around Los Angeles with a beatbox, making up rhymes based on random words chosen by her many followers, whose comments fill the bottom lefthand corner of the screen, and who act as the film’s contemporary Greek chorus. They constantly remark on the action, make fun of the people on screen, respond in either terror or skepticism when something scary happens, and one time — in a noteworthy pique of existentialism — bemoan that “No one listens to us.” 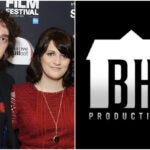 Annie packs up her MAGA hat, says goodbye to her cat, and flies off to England to stay with her old bandmate Stretch (Amar Chadha-Patel, “The Third Day”) and his new girlfriend, only to discover that being shrill, self-centered and insulting — not to mention going full “Karen” for refusing to wear a mask in restaurants — isn’t as cool as it used to be, at least not to people IRL.

So, always livecasting, Annie steals Stretch’s car, decides to do some of his deliveries, and winds up getting asked (really randomly, for no reason that ever makes sense) to transport an old lady named Angela (Angela Enahoro) to an address in exchange for a wad of money. But Angela isn’t altogether healthy: she’s excreting disturbing fluids, she’s not able to speak, and pretty soon she’s exhibiting strange supernatural abilities which threaten Annie, Stretch, and everyone and everything else Annie touches.

Hardy acts like she’s trying to get kicked out of theater, and possibly even the movie. She’s undeniably funny even at her worst. Once, while in a fit of terror, desperately trying to flee something awful, she can’t help but pause and play with a Donald Trump bobblehead, and that’s a hoot. But she’s also cruel to everyone she meets, even when they’re nice to her, and completely incapable of self-reflection or empathy. Having a cat is her only redeemable quality and even then, it’s not entirely clear whether she’s asked anyone to take care of it while she’s overseas. One gets the distinct impression that poor creature might have to fend for itself.

The problem with making the protagonist of your horror movie an unlikable human being is that, at the risk of being redundant, the protagonist of your horror movie is an unlikable human being. Some might find Hardy’s character an amusing train wreck, but your mileage will certainly vary. To the rest of us, she’s simply difficult to deal with for even the film’s skimpy 77-minute running time. In many horror movies, she’d be the character who’d either die first or die late in the film just so they can make life harder for the real heroes before meeting their third-act, thematically-approved demise.

Instead, here we are, trapped with Annie the whole time. She still makes everything worse for everybody, especially — although the movie seems unwilling to discuss with this directly, as a plot point or even a theme — all the people of color she encounters. Annie may not be invulnerable to the film’s violence, but she gets to inflict, or at least callously film, or indirectly cause, the suffering of so many seemingly undeserving people that if the film didn’t have a point to make, it would be hard to recommend it. 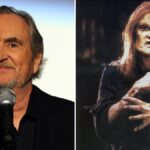 Also Read:
Why ‘The People Under the Stairs’ – And Wes Craven – Were Both Ahead of Their Time (Guest Blog)

Which is why it’s so incredibly frustrating that, at the end of the day, “DASHCAM” actually doesn’t seem to have much of a point to make. It’s a mean little joke of a horror movie, one where the worst people seem to live longest and endure no consequences, and if that’s what “DASHCAM” has to say about life itself then fair enough, but it’s not presented with cleverness or pointed satire. Savage’s film just keeps digging a hole and somehow it never reaches any depth.

What “DASHCAM” can boast, however, is a plethora of Rob Savage’s found-footage trickery. The visual effects in “Host” were less ubiquitous than they are in his follow-up, but they were genuinely impressive given Savage’s obvious practical limitations. He’s clearly got a bigger budget for “DASHCAM,” and he’s committed to coming up with more VFX gags and elaborate car crashes. At their best, these sequences are delirious and nerve-jangling. And even at their worst, they’re still kinda neat.

There’s bound to be an audience for a mean-spirited romp like “DASHCAM,” and maybe they’ll find it and maybe they’ll get something meaningful out of it. Or maybe they’ll just giggle at Annie Hardy’s pervasive and creative cursing and, like the film’s on-screen commenters, roll their eyes at the suffering she inflicts and then get a kick out of the film’s whimsically self-aware closing credits which are, frankly, the film’s best part.

Or maybe they’ll wish Savage’s follow-up to “Host” was a little less concerned about being in your face, and a lot more interested in being interesting.