If you’re here, it’s because you’ve seen the new teaser trailer for “Lightyear,” Disney and Pixar’s new upcoming spin-off based on the Buzz Lightyear character from the beloved “Toy Story” franchise, and you’ve got some questions. The clip is full of alien vistas, robotic cats, and interstellar travel, a long way from Andy’s (and later Bonnie’s) bedroom. But it caused a lot of confusion about how exactly — and when exactly — it fits into the “Toy Story” world we already know.

The short answer: It doesn’t. Well, we’re pretty sure it doesn’t (more on why only ‘pretty’ below). That is to say, based on multiple statements by the film’s creators, the events of “Lightyear'” do not share continuity with the events of the “Toy Story” films it is spun off from, at all.

But the confusion is understandable. Thanks to 26 Marvel movies worth of conditioning, we’ve come to expect that any movie that shares characters with another — in this case, Buzz Lightyear — takes place in a shared universe. So you can relax, because “Lightyear” sort of does take place in the “Toy Story” universe in a metafictional sense: It’s a movie that human beings living in the toy story universe would have seen.

So the question we’re gonna try and answer here is, when did this movie come out in the “Toy Story” universe? 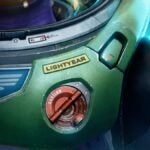 Also Read:
‘Lightyear': First Trailer Doesn’t Have Buzz Go to Infinity, But He Does Go to the Sun (Video)

Pete Docter, CCO of Pixar Animation Studios, described the upcoming film (directed by Angus MacLane, a Pixar mainstay who directed two of the best “Toy Story”-related things that weren’t actual movies, the short film “Small Fry” and the Halloween special “Toy Story of Terror!”) as the movie that inspired the toy.

“Back when we created the very first Toy Story, we designed Buzz Lightyear with the idea that he was a toy based on some really cool character from an epic blockbuster film. Well, all these years later, we decided it’s time to make that film,” Docter said.

Fairly straightforward, right? Well, the messaging got muddled almost instantaneously, when Chris Evans, the voice of Buzz Lightyear in “Lightyear,” chimed in on Twitter.

“And just to be clear, this isn’t Buzz Lightyear the toy,” Evans wrote. “This is the origin story of the human Buzz Lightyear that the toy is based on.” Confusing, right? Even more so because the character was repeatedly described as a “test pilot” in promotional materials. So, by those statements, it would seem that Buzz Lightyear was originally a real man living in the same world as Andy.

Well, according to MacLane, that may not necessarily be true.

“It’s a straightforward sci-fi action film about the Buzz Lightyear character,” MacLane told Entertainment Weekly. “In the ‘Toy Story’ universe, it would be like a movie that maybe Andy would have seen, that would have made him want a Buzz Lightyear figure.”

MacLane added that “Lightyear” won’t be too meta. “The movie doesn’t end and then you see Andy eating popcorn,” the filmmaker said to EW. “This is its own thing… This is standalone. It’s the Buzz Lightyear movie. It’s that character but as the space ranger, not as the toy.”

Really, based on the timeline we have, this Buzz couldn’t have been real. Let’s recall that in “Toy Story 2,” Stinky Pete (voiced by Kelsey Grammer), bemoaned the arrival of space toys. He blamed them for making kids lose interest in cowboy toys.

“Once the astronauts went up, children only wanted to play with space toys,” Pete explains, in a quote that has also been resurfaced on Twitter. In the “Toy Story” universe, “Woody’s Roundup,” the show that Stinky Pete and Woody were on, ran from 1949-1957.

However, the Mercury space program began in 1958 and didn’t have its first crewed flight until 1961. Maybe “Woody’s Roundup” toys were still on the market? Or just the inkling of spaceflight was enough to put kids off dusty old cowboy dolls? But what’s perhaps even weirder is the implication in the first “Toy Story” (released in 1995) was that Buzz Lightyear was a new toy.

There’s also “Buzz Lightyear of Star Command” to consider. A traditionally animated series that ran for 65 episodes following the release of “Toy Story 2,” at the time it was being positioned as the animated TV show that the Buzz Lightyear toy was based off of. (There’s actually a way to fit this into the narrative, but more on that in a minute.) 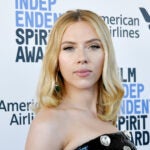 Of course, if none of that convinces you, simply going off the footage in this trailer alone, “Lightyear” clearly isn’t meant to take place in the “real” world since Andy didn’t hop on a jet pack to get to school and Bonnie wasn’t visiting the state fair in “Toy Story 4” via hovertrain.

And when you look at the trailer again, from the design of Buzz’s spaceship to the read out on some of the screens to the look of the monitors in mission control, it could easily be an early-to-mid-90s sci-fi movie, as Docter indicated.

And while the big screen Buzz looks nothing like his far more cartoony toy counterpart, we think there could be a reason for that. Just like the original 1984 “Ghostbusters” inspired “The Real Ghostbusters” animated series, which in turn had a robust toy line, so too could “Lightyear” have given way to “Buzz Lightyear of Star Command,” which gave us the Buzz we know and love and are now so deeply perplexed about.

Anyway, you’re all free to come up with your own answer to this important question. Personally, we kind of hope it ends up being confirmed that the “Toy Story” movies take place in the 22nd century.