Sony Pictures has acquired the rights to “Run, Rose, Run,” the film adaptation of the book written by Dolly Parton and James Patterson that also has Parton attached to star.

Reese Witherspoon’s Hello Sunshine is attached to produce the film, and Sony picked up the film in a competitive situation and will be planning a theatrical release.

Parton is also writing original songs for the movie. No director or screenwriter has been set.

Parton’s book with Patterson debuted at No. 1 on the New York Times Bestsellers List back on March 7. The novel “Run, Rose, Run” is a personal story set in Nashville about a young woman who comes to country music’s capital city to pursue her music-making dreams. The source of her heart-wrenching songs is a brutal secret she has tried desperately to hide, but the past she has fled is reaching out to control her future — and it may destroy everything she has worked for. 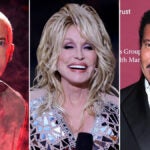 Parton and Patterson, via his company James Patterson Entertainment, will produce the feature alongside Reese Witherspoon and Hello Sunshine’s president of Film and Television, Lauren Neustadter. Ashley Strumwasser will executive produce for Hello Sunshine.

Maia Eyre will oversee the project for the studio. Sony Pictures’ Drew Reed was instrumental in landing the deal.

“I am thrilled to be bringing ‘Run, Rose, Run’ to Sony Pictures,” Parton said in a statement. “I’m looking forward to working with Sony and being in the movie as well.  It’s a good time to be excited, working with some of my favorite people.” 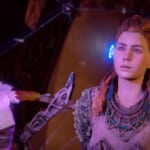 “I want to watch this movie and say ‘I love this film.’ And that’s exactly why I’m so excited to be working with Hello Sunshine and Sony Pictures. They’re the best at what they do,” Patterson said.

“Counting my lucky stars that I get to collaborate with this dream team!” Witherspoon said. “Working with Dolly and James, who are both master storytellers, is a dream come true for me. I am overjoyed to have Sony Pictures on board as we work alongside Dolly Parton – a luminous personality, magnetic presence, and brilliant songwriter and storyteller – to bring Dolly’s gripping and heartbreaking story to the screen. We hope that this film will not only entertain but also inspire women and girls everywhere to keep dreaming.”

“Dolly Parton and Jim Patterson. Are you kidding me? An entirely unique dynamic duo. Plus Hello Sunshine! We feel lucky as hell and grateful,” said Tom Rothman, chairman and CEO of Sony Pictures’ Motion Picture Group. 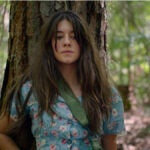 Also Read:
‘Where the Crawdads Sing’: Daisy Edgar-Jones Is a Murder Suspect in First Trailer (Video)

In addition to the book, Parton also released a companion album also titled “Run, Rose, Run” to go along with the book, and it too topped the Country charts upon its release. The movie also marks Parton’s return to the screen for the first time since “Straight Talk.”

Sony is soon releasing Hello Sunshine’s “Where the Crawdads Sing” on July 15.