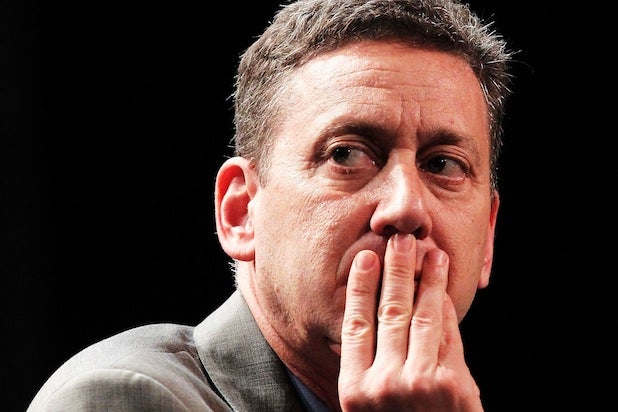 Has John Sloss opened Pandora’s Box? Or kicked open a door to the future of box-office reporting?

The chief of Cinetic Media has revealed the video-on-demand and digital platform performance of “Escape From Tomorrow,” offering an unprecedented peek into the murkiest — and perhaps most relevant — movie industry revenue stream. While studios release theatrical grosses on a daily basis, VOD and digital numbers have been closely guarded.

This secrecy has flummoxed filmmakers and financiers, who believe that greater transparency in the VOD space will make it easier to get films made, and filmmakers paid, particularly in the indie space.

Sloss joins a growing chorus of voices on the topic, including WME’s Liesl Copland, who gave a speech on this subject at the Toronto Film Festival; and producer Braxton Pope, who called for the distributor of his movie “The Canyons” to disclose figures, as TheWrap previously reported.

“We are calling upon those distributors who have been pioneers of the day-and-date evolution to supply Cinetic with their cable and broadband VOD grow numbers,” Sloss’s company said in a statement.

Sloss added in an email to TheWrap that it would be in the best interest of distributors to point to actual day-day-date results to persuade theaters to release movies at home and in theaters at the same time.

The lawyer, manager, sales representative and distributor wants to create a standardized metric for the numbers, which he’s dubbed Multi-Screen Grosses. That is what several filmmakers and financiers want to hear.

“I’ll take it where I can get it,” Copland, who used to work at Cinetic, told TheWrap. “Knowledge and information make the system better.”

“If there’s a way to tap into what movies are working and what’s not and what’s reaching audiences at home as well as theaters, we could better advise financiers,” Copland said.

Logan Mulvey, CEO of indie distributor GoDigital, argues it would also help people realize that not every movie on VOD makes millions. The earnings are often modest for movies that cost less to make.

“It will help people have a more realistic sense of where the business is for movies that don’t have celebrities,” Mulvey told TheWrap. Most movies can’t make the $7 or $8 million that “Arbitrage” and “Margin Call” cashed in on VOD.

“Those are major outliers,” Mulvey said.

Indeed, “Escape From Tomorrow” made $120,560 from VOD and digital in its first two weeks. To Sloss’ pleasure, the revelation on Monday sent the movie up 60 spots on the iTunes chart.

While Sloss has renewed the push for transparency, achieving that on a broader scale is more difficult. Sloss’ statements did not prompt other distributors to throw open their books or offer up spreadsheets — nor did he expect them to.

The heads of distributors like RADiUS-TWC and Roadside Attractions who have had great success with VOD did not respond to requests for comment on transparency, and others said it would be much harder for them to be open about their movies’ performance.

“It’s not so easy for the guys at RADiUS to call Nicholas Winding Refn and other producers of ‘Only God Forgives’ to ask ‘Can we release the information?,” Mulvey said. “He has the luxury to be able to do that because he’s not necessarily a distributor. He’s a producer and a sales agent.”

Cinetic’s sister company, Producers Distribution Agency, released “Escape From Tomorrow,” but it only releases one movie a year. However, Sloss’ constellation of businesses also includes FilmBuff, which releases movies digitally and on VOD.

Sloss said he wasn’t out to remake the way Hollywood does business.

“That is a certain way to make sure nothing happens,” Sloss said. “What I’m suggesting is very simple and logical. If the industry thinks it is acceptable for everyone in the world to know box office gross, then for day-and-date releases the absolute equivalent statistic is Multi-Screen Gross.”

Sloss encouraged his peers to send that information to Cinetic.

Yet there are those who want a whole lot more. Copland said it was vital for a company like Nielsen or Rentrak to offer in-depth numbers for every movie available on VOD and digital platforms. She’d love to know a movie’s revenue from iTunes from purchases as opposed to rentals, for instance, or how much time Netflix viewers spent with a particular title.

“There needs to be a data product covering VOD and all home viewing from one of the many experienced research companies like Nielsen and Rentrak,” Copland said. “They are in the business of reporting viewership and sales metrics to the industry.”

Sloss countered that he is as interested in transparency as anyone — but was wary that a major overhaul was likely.

“I’m trying to take a more pragmatic tack, so that progress can actually be made,” he told TheWrap. “I’ve made a career out of pushing film economics to be less bullshit and distributors to be more transparent. Real progress has been made on the former.”