After months of speculation, it was announced yesterday that “Top Gun: Maverick” filmmaker Joseph Kosinski’s Formula One movie starring Brad Pitt had landed at Apple TV+, and along with it came a report that the filmmaker had secured an innovative launch strategy that would see a global platformed release before making its way to the streaming service. While chatting with Kosinski on Wednesday about his new Netflix thriller “Spiderhead” (out next week), TheWrap asked about the new movie and the release strategy.

“We’ve got an interesting distribution plan that includes a guaranteed worldwide large-format theatrical experience that then rolls into an exclusive streaming arrangement on Apple TV+,” Kosinski said. It should be noted this is the first time large-format theaters have been discussed. “It’s a hybrid model which maybe is the way that streaming and theaters can coexist for the right stories.”

(An individual with knowledge of the deal told TheWrap that the details as reported in THR’s report from Tuesday have not yet been confirmed and that Apple expects the movie to have a theatrical run, as has been the case for most of their feature films.) 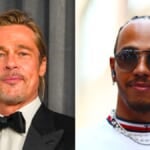 While it’s safe to assume that the new deal was struck in the wake of “Top Gun: Maverick’s” oversized success (with a significant boost coming from large-format IMAX theaters and other premium experiences like Dolby, 4DX and Screen X – where additional footage is projected on the interior walls of the theater), Kosinski said that the deal was actually hammered out over the past few months. The timing is just fortuitously coinciding with “Top Gun: Maverick” becoming a theatrical juggernaut.

“We sold this in December. It’s been five months in getting all the deals to close with ‘Formula One’. But we set it up six months ago,” Kosinski explained. “But certainly seeing people react to an in-camera, authentically captured film like ‘Top Gun’ makes us all feel good that our approach works and is appreciated by audiences. It’s almost funny to me to see people who are so enamored with real photography. Younger people almost haven’t seen a lot of it. They’re so used to CGI being a tool of big movies that when you shoot something for real, it feels innovative.”

And that reality is what they hope to achieve with this new project, which Kosinski referred to as “Formula One.” “That’s exactly the approach for ‘Formula One’ is to shoot at the real races and real cars and capture it,” Kosinski said. “It’s going to be a huge challenge but an exciting one for me.” 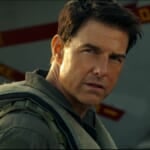