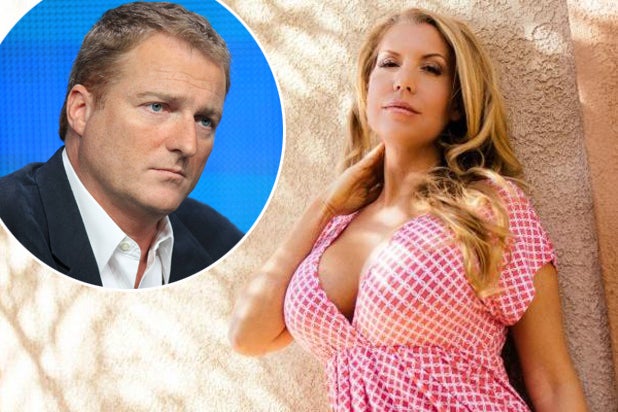 Fox’s big reality gamble, “Utopia,” has already undergone a couple challenges with two of its first 15 inaugural cast members, or “pioneers” as the show refers to them.

While one female, Hex Vanisles, was sent to the hospital for dehydration but eventually returned to the show, another woman, Andrea Cox, was kicked off the show for violating her contract.

While Fox’s producers said that Cox was let go for contacting other pioneers, Alternative chief Simon Andreae gave a different reason for booting Cox from the show.

Also read: ‘Utopia’ Star Taken From Set to Hospital and Treated for Dehydration

The 15 contenders were brought to a location near the “Utopia” set, but were not allowed to meet or know who else had made the show.

“We wanted them to go in and come face-to-face for the first time,” the EVP explained. “That was very clear to all of them. It was in their contract and they were briefed a number of times about it. Andrea smuggled in a smartphone and she looked up other pioneers on the smartphone.”

So, instead of contacting other cast members – as the show’s producers had said first – Cox used her phone to look up the contenders’ identities and information about them.

“It was clearly crossing the boundary of what was in her contract and what we thought was creatively important for the show,” Andreae said. “So, we sadly had to let her go and that’s the sum of it.”

In order to bring the show back up to 15 pioneers, the contenders will be able to choose their 15th member from a possible two candidates. Unlike other eliminations this season, the viewing audience won’t be able to vote on the new cast member.

“This is all happening before the first episode airs, in real time, so the viewers don’t have time to make the connection with them,” explained “Utopia’s” executive producer Jon Kroll on this first elimination vote.

If no one was kicked off, the vote would have occurred once per month and the viewing audience’s vote would be added to the pioneers’ votes to make the 16th vote.

Kroll joked that the production team might have done too well with representing different points of views in its first group of pioneers as they’ve had a hard time agreeing on anything in their first week in seclusion.

Cox’s replacement may actually bring some leadership into the group.

“I will say that the individuals that are supposed to be considered are people who might be able to — or think they’re able to — bring a little bit of order to what’s been going on,” Kroll said.

“Utopia” premieres across three nights on Fox: this Sunday (Sept. 7),  Tuesday and next Friday. All episodes will broadcast at 8 p.m. ET. It will then continue on Tuesdays and Fridays at 8 p.m. ET.