It’s the story of a young woman named Noa (Daisy Edgar-Jones), who thinks she has found the man of her dreams in Steve (Sebastian Stan), who she meets at a local grocery store. But as she prepares for a romantic weekend away, she discovers who Steve really is – and it’s utterly terrifying. To say anymore would be grounds for imprisonment. But we will say that the movie is a sharp, subversive, and oftentimes very funny look at modern courtship, male/female power dynamics and the wealth divide. It’s a doozy.

TheWrap sat down with “Fresh” screenwriter Lauryn Kahn to ask all the questions you were probably asking yourself after watching.

Spoilers for “Fresh” follow. Watch the film on Hulu and then come back for seconds.

Where did “Fresh” come from?

It came from a few different things. It came from wanting to attempt to write a horror movie.

And growing up, watching them, loving them, watching them every weekend with my best friend in elementary and middle school, and then getting too scared to watch them and having nightmares and being like, Okay, now, I can just watch the trailer and read all the spoilers but still loving the ride that a horror movie brings you on, wanting to kind of put a different genre spin, or a tone spin on it, and being inspired by this tone that’s emerged that kind of says, “It’s okay to have everything if it’s grounded and you believe these characters.” In real life, it’s funny, it’s scary. Like, one-minute, different things are happening. So it was that challenge.

Were you looking at any particular movies for inspiration?

It was kind of like around the “Get Out,” “Killing Eve,” “Barry,” “Parasite,” more recently, where I was like, Whoa. You can do all of the things, and it’s okay. It was sort of like permission to explore where there’s like real violence and real stakes and real fear, but also well-placed levity to even it out. Because personally when it comes to horror, I can’t live in the darkness the whole time. I don’t find that fun.

And I do want to have somehow an enjoyable ride with such a crazy subject. I think those movies, and even “Squid Game” now, not that it inspired me, but seeing that it’s all different things. There are moments of levity, and then there’s just such shocking violence, all of that. 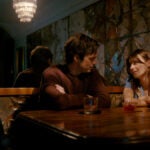 When you were writing, you must have had in your mind that you had to get good actors or this would not work.

What did you think when Daisy and Sebastian signed up?

I mean, I had seen a little bit of “Normal People,” and I think what was most exciting is you can tell she’s just so amazing, but she was so gung-ho. There wasn’t a moment of hesitation. It was like, “I get this, and I want to just do it and immerse myself in it.” And that was really exciting, because she really seemed to understand what we were trying to do and make her grounded and real and understand the before of how this can happen to a woman, essentially.

And she’s so talented. And same with Sebastian. He, I think, was scared in a good way of this role and to immerse himself and to make it his own and to do this crazy research, to watch him talk to criminal psychologists and do all this research on serial killers, it was so amazing to see the way they just dove  inhead first. And then you work on crafting it to them once the actors sign on, and certain things they say, or the way they do a certain thing, “Okay, this feels more natural.” Or, “I wouldn’t say it in this moment.” And that was also fun, too.

Were the music cues written into the script?

I have to say, Mimi’s really good with music, so there were discoveries along the way, and things that changed, of course. And there were music cues written in all the way through, knowing that we probably couldn’t keep a lot of them. The one that Mimi and I decided on like, “What do we have in the moment that we need in the moment?” And that was, we kept Peter Cetera’s “Restless Heart,” which is – spoiler – it’s in the first surgery. And then “Golden Girls,” the theme song to “Golden Girls” was always an important one.

Was there was some deliberation in terms of how early to introduce Sebastian’s villainy?

I think when I was writing it, I think there were more winks at the camera early on, and it was more for the reader. More like double entendres, things he’d do, things he’d say that didn’t really feel right once we were getting ready to film, and it was just showing too much of our hand.

I think the important thing in my mind was, as an audience, you wanted to believe him. You wanted to question and feel like you’re on this ride of this romance that’s starting, and to say like, “I may have fallen for this. I may have gone there. He is a really good manipulator. He’s a sociopath, he’s a psychopath, but this could have maybe happened to me.” And I think it was about getting the audience hooked in before you sort of pull the rug out and finding that pace. 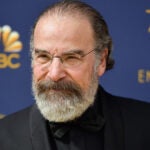 Did you work out the organization that he is a part of?

I have mentioned this before, but I’m fascinated with the uber-wealthy and the darkness that is probably permeating around them of when you get to a certain wealth level. And again, more recently was touched on in “Squid Games” – when you can have everything at your fingertips, what, at that point, is bringing you joy? What is bringing you happiness when you can literally have everything? And years ago, I’d heard a dark story about someone uber wealthy that stuck with me. I think that there’s a fascination with that and the idea of something bigger. It’s not just him doing this, but there are people involved, and it’s network. And just with the dark web and the black market and cryptocurrency, and all of these nefarious things going on. God, I hope it doesn’t actually exist, but I’m sure some fucked up things do.

Let’s talk about his wife.

Mimi and I kind of want to, a little bit, leave her backstory up to the audience. But I think most people can understand what she represents, as far as holding up the patriarchy and supporting something that doesn’t have her best interests in mind at the end of the day, but maybe wants a certain life and is accepting a certain fate. Or maybe she’s become the mastermind. I think her character is a little bit left open for interpretation, which I think is fun. And I have my own ideas, but it’s interesting to see what Mimi thinks and what people have watching it thinks. And who she represents exactly, I think, is a little bit open for interpretation.

There’s an emblem on the dinner plates that nod to the occult. Is black magic involved in this group?

Mimi and the art department worked tirelessly to create that emblem. And it has so many different things going on with symbolism behind it. ike if you were to break down the stake and the goats head and the one eye, it really speaks to a lot of different things. And there’s a lot of depth to what it’s saying, and it was definitely chosen for a reason in that occult secret club way that, I think, was definitely particular and very intentional. 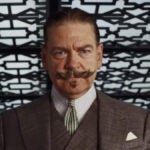 Also Read:
‘Death on the Nile’ Gets Streaming Debut on HBO Max and Hulu This Month

This is, obviously, debuting on Hulu. They need streaming content. Have you thought of a “Fresh” anthology show, more adventures in this universe, anything like that?

There were mentions of the sequel at some point, or how you would play out.

I mean, just in conversation. Not like this is… It was more like, “How would you build up that? What does that next chapter look like?” And I’ve sort of thought about it. I’m definitely addicted a bit to this tone and this genre. I have another idea for more of a TV show that I’m toying around with that’s a fucked up dark thriller with some weird levity. I don’t know about in particular this world, but some elements and themes from it are definitely inspiring me for my next idea.

“Fresh” is streaming on Hulu now.