After co-writing and executive producing Sony Pictures’ “Ghostbusters: Afterlife,” Gil Kenan will direct the live-action sequel, which will see the previous cast returning and the film returning to the original films’ New York City and Firehouse setting, according to an individual with knowledge of the project.

Jason Reitman and Kenan co-wrote the film together and are also producing the film along with Jason Blumenfeld.

“It’s an absolute honor to pick up the proton pack and step behind the camera for the next chapter of the Spengler family saga. I just wish I could go back to 1984 and tell the kid in the sixth row of the Mann Valley West that one day he was going to get to direct a Ghostbusters film,” Kenan said in a statement. 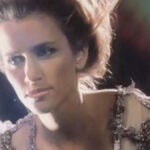 Reitman added: “A few years ago, my father handed me the keys to Ecto-1 and together we made ‘Ghostbusters: Afterlife.’ Words will never express how grateful I am to have made a film with my father by my side. It’s now time to hand those keys to my creative partner and fellow Ghostbuster Gil Kenan, a brilliant director who will keep the Spengler spirit alive. I can only hope to provide him the same producorial care and support that my father showed me.”

Opening at No. 1 with $44 million, the film has made over $200 million worldwide. After the success of “Ghostbusters: Afterlife,” Reitman and Kenan signed an overall producing deal with Sony Pictures.

Kenan studied film at UCLA, where he received a Master of Fine Arts in animation in 2002. Kenan has directed films such as “Monster House” (a Sony Pictures release), “City of Ember,” “Poltergeist,” and 2020’s “A Boy Called Christmas.” For “Monster House,” Kenan was nominated for an Academy Award and Golden Globe for Best Animated Feature.

Reitman is the director of “Thank You for Smoking,” “Juno,” “Up in the Air,” “Young Adult,” “Tully,” “The Front Runner,” and “Ghostbusters Afterlife.” As a producer, Reitman produced Damien Chazelle’s “Whiplash,” Jean-Marc Vallee’s “Demolition,” and the cult hit “Jennifer’s Body,” by director Karyn Kusama.